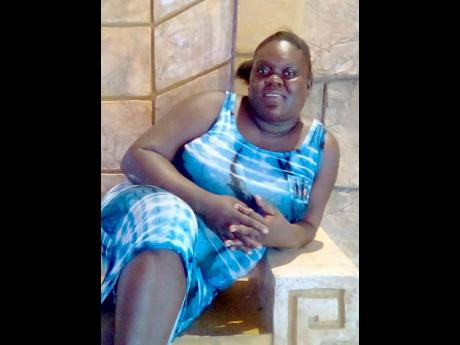 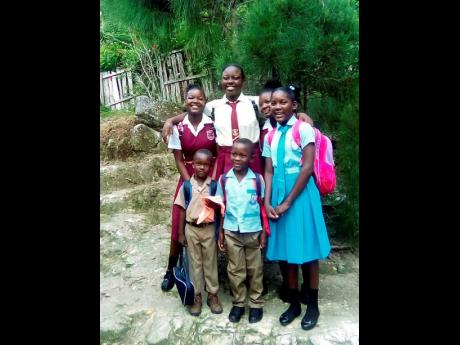 Before COVID-19 hit Jamaican shores, 38-year-old Julian Cameron was able to provide for her eight children by working as a domestic helper.

But these days she has been struggling to make ends meet. The Huntstown, St Mary, resident says she is seeking the public's assistance with food and clothing for her children until she gets back on her feet.

Yesterday, when THE STAR spoke with Cameron, she stated that her present condition is literally making her sick.

"Nobody nuh want me again to work. It get harder and harder every day. Right now school is out so it cost me more because I have to prepare three meals a day now. From morning, everything just dwell on mi mind so 'til mi pressure feel like it gone up. Mi head just a spin so ... all mi daughter dem a tell mi to go lay down," she said.

Cameron's children are between the ages of one and 22. She stated while $17,000 per week may seem to be a meagre salary for some, it was enough to take care of her and her children.

She praised her eldest child, Terreke Robinson, who she says would often accompany her to work in the days and assist her with her domestic chores.

"Him usually come with mi sometimes come help mi clean the people dem house and if mi do the washing, him rinse. Him really helpful. Him have him subjects and him try hard to get work but him don't get any so him come help mi out. When mi did a work, tings was much easier because mi could work $12,000 a week and on weekends mi and mi son would go out go wash again and work a next $5,000," she said.

Robinson, a past student of Titchfield High School says one of his greatest wishes is to be able to ease his mother's financial burden. But even with six CSEC subjects (including mathematics and English Language), he is finding it challenging to secure a job.

"I really want to help her and my siblings out. She is my mother and I would do absolutely anything for her but I have tried getting jobs but none are available. I am hoping to join the army or police force so I can help her. Right now I can't offer much and that is why I would go with her to work when she was working and help her to wash and clean. I have been doing this for years," he said.

Cameron stressed that she is not a lazy person, and if the country was not under partial lockdown, she would not be asking for assistance.

"Mi nuh make dem (her children) leave the house but if a even likkle clothes to put on dem back mi would appreciate it. Mi babyfather deh here with me but him is a 60-odd-year-old man, so him usually stay home with the kids while I go out to work, because sometimes is the entire week I have to leave for. Him take mi up with seven kids and we build a likkle place together," she said.

"Sometimes I don't know how I find it, enuh, but I have to because I can't let mi children go hungry. Mi is a mother who will find tings mix up and bake a little cake or pudding so that them can have a little thing. Mi try with mi kids dem but mi just no have it now because no work nah gwan because of this corona thing," she added.