Man knocks out cop with pipe 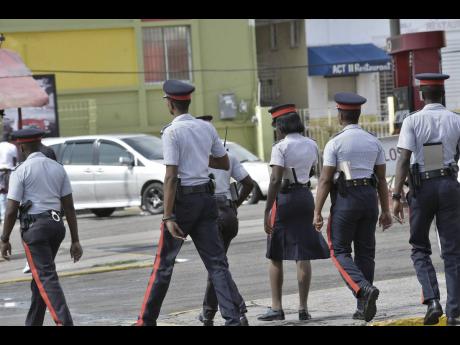 A top crime fighter who is stationed at the Clarkes Town Police Station in Trelawny was reportedly knocked unconscious by a man said to be of unsound mind in Sherwood Content district on Saturday morning.

The police have since indicated that the accused, who has been identified as Walter Green, has since been taken into police custody.

Reports are that about 8:20 a.m., the 47-year-old corporal and a team of other lawmen responded to a report of a domestic dispute in Sherwood Content.

On reaching the location, the officers realised that Green was involved in the dispute.

The officers were reportedly attempting to subdue Green, who attacked them, using a piece of iron pipe to hit the officer in the head, rendering him unconscious.

The injured corporal was rushed to the Falmouth Hospital by his colleagues, and was admitted in serious but stable condition.

The officers then called for support from other policemen, and after they arrived on the location, they managed to overpower Green, who was later transported to the lock-up.

Yesterday afternoon, an investigator told THE STAR that the injured officer has regained consciousness, and is now out of danger.

The investigator also stated that they will now be preparing a file, and a decision would be taken at a later date to decide if the accused should be charged, or be treated as a mental patient.

"This is one of many such incidents which have taken place in the parish over a period of time, where officers are forced to deal with mentally ill patients, and on a number of occasions, the officers end up being injured as they are not trained in handling potentially violent persons, such as this particular individual," the investigator said.