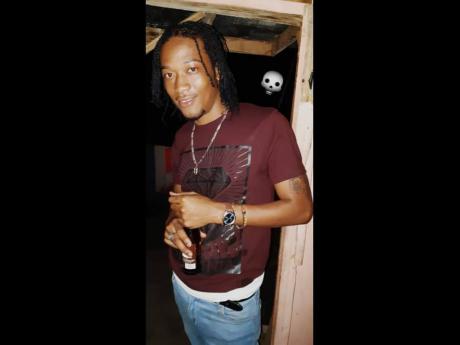 Delroy Moody, the man fatally shot by the police in Westmoreland on Wednesday.

Delroy 'Papa' Moodie, a 25-year-old who was shot and killed by the police in Westmoreland on Wednesday, has been described by at least one relative as a good man who was always on the right side of the law.

"Delroy has always been a good youth," his cousin Melissa Green told THE WEEKEND STAR. "Wi call him 'Papa' because of him gentleman-like behaviour, and he has always been of good character," she stated.

"Him use to work at a call centre, but him stop work for sometime now, and none a the family know of him been mixed up in wrongs, more so to be involved in armed robbery," Green said.

Moodie was a passenger in a stolen motor vehicle which was intercepted by the police. The driver, who the police said is a known troublemaker, escaped.

According to reports, about 1 p.m., men went to a section of the Beeston Spring community where they reportedly held up and robbed an elderly man of his Nissan Wingroad motor car. A report was made to the police who set up a roadblock in Somerville district in the hope of intercepting the men. Shortly after the roadblock was mounted, the vehicle, with two men on board, drove up and the driver was signalled to stop. Instead of stopping, the driver reportedly slammed the vehicle into a police service vehicle, alighted and began firing shots at the lawmen, who returned the fire. The driver escaped.

"The armed criminal, who managed to escape, is a known habitual criminal and we are in search of him as we speak," Superintendent Robert Gordon, the commanding officer for the Westmoreland police, told THE WEEKEND STAR. "He is known to us for his previous run-ins with the law. We know him, and we want him to know that he has been identified so he should turn himself in as quickly as possible."