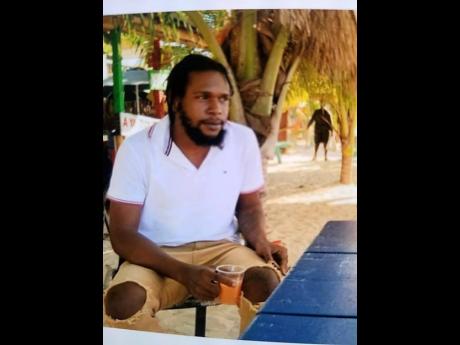 Wayne Clarke Jr was one of two men murdered in Negril, Westmoreland, on Friday.

Race car driver Wayne Clarke Sr has lost two sons in five months - both being victims of murder. His house was also destroyed by fire during the period.

"Late last year, gunmen killed my other son, Chad, in Green Island, Hanover, and we were still grieving when my home was destroyed by a fire in January," Clarke told THE STAR.

"We were just trying to get ourselves back together, and trying to rebuild the house, and now his brother, Wayne, has been murdered by gunmen. This has left me and the rest of family devastated," Clarke Sr said.

Clarke Jr was one of two men murdered in Westmoreland on Friday night. Reports by the police are that shortly after 8:15 a.m., Wayne Clarke Jr, 23, otherwise called 'Bug Way', and his friend, 28-year-old Donovan Stevenson, otherwise called 'Pie Dee', were standing outside a shop in Whitehall, Negril, when they were shot by the two men when alighted from a car with guns. They were hit multiple times by the gunmen who escaped in the waiting motor car.

Superintendent Robert Gordon, commanding officer in charge of Westmoreland, told THE STAR that two men have been taken into custody in connection with the killings.

"This is another unfortunate situation where two young men lost their lives at the hand of gunmen, but the investigators acted swiftly following the incident, and managed to apprehend two men, who are believed to have been major players in this latest shooting," Gordon said.

"We are still in the early stages of our investigations, and are also in search of two other men in connection with the incident."