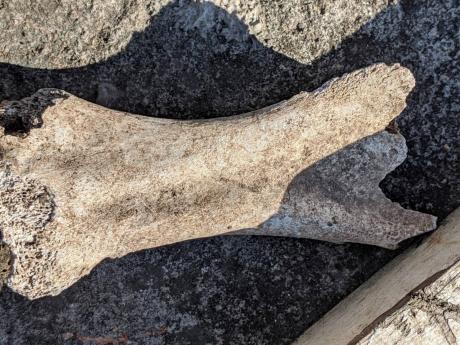 One of the bones the woman found in her backyard. 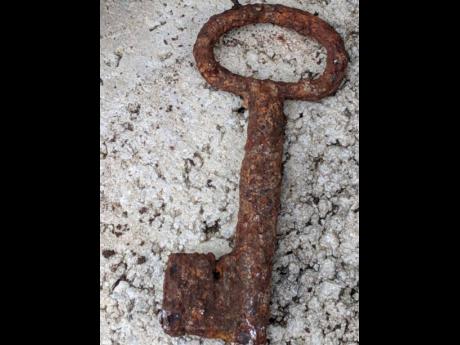 She found this key in backyard. 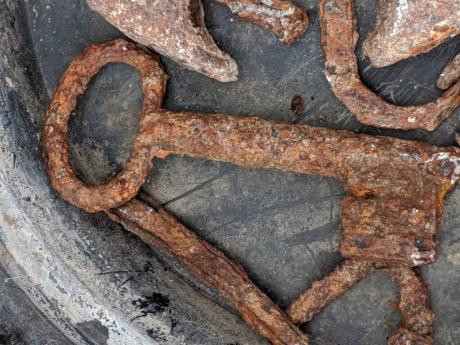 What would you do if you find these items in your backyard?
1
2
3

A woman who now resides in Lyssons St. Thomas, said that since she resettled in the community in 2018, she has been trying to solve the mystery surrounding what appear to be old bones and fossils that she has found in her yard.

"I found a lot of things like pottery, books and bricks, old nails, some big rings and a big ole key," said Marcia*, who has also found bones in her backyard.

The woman said she first made the discovery after she began landscaping the property. She said that after finding the first bone she decided to burn it, but her interest piqued after she began making other discoveries.

"People told me that slaves used to live here. There is even a big building up on the hill from my house that they said was a slave hospital. I'm planning to go up there and take pictures and stuff like that," she said

Marcia told THE STAR that supernatural things would have happened before she was informed.

"Sometimes at nights I would feel like somebody choking me or somebody a bang pon di door ... But after me find them me nuh have the problem again, I don't really pay much attention to it anyway, me just planning to reach out to the National Heritage Trust to safeguard the items found.

"Since I realise what is happening and I start picking them up, me nuh fraid. I feel excited, just thinking it might have a contribution to some history that the Government might not know about. If that's the case, I would feel so happy," she said.

"I was taking things for granted but now I want to bring them down to the Institute of Jamaica, me have the stuff them tie up in a bag," she said.