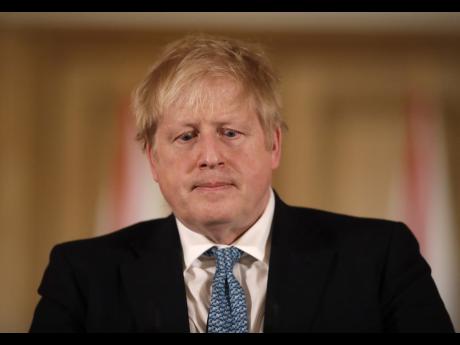 LONDON (AP) — British Prime Minister Boris Johnson said Friday he has tested positive for the coronavirus, while the number of infections in the United States surged to the most in the world and Spain announced a record number of virus deaths overnight.

Johnson’s office said the prime minister was tested after showing mild symptoms for the new coronavirus and is self-isolating and continuing to lead Britain’s response to the pandemic.

“Be in no doubt that I can continue, thanks to the wizardry of modern technology, to communicate with all my top team, to lead the national fightback against coronavirus,” Johnson said in a video message, adding that he had a temperature and persistent cough.

Several weeks ago, Johnson had pledged he would “go on shaking hands with everybody.”

Johnson, 55, was the first leader of a major nation known to have contracted COVID-19; German Chancellor Angela Merkel has been in isolation since her doctor tested positive for the virus, but her first two tests have been negative.

British Health Secretary Matt Hancock, who has been at the forefront of nation’s response to the outbreak, also was confirmed to have tested positive for the virus. Britain has 11,658 confirmed cases of the virus, and 578 people have died.

Spain says 9,444 health workers have contracted the coronavirus. That’s nearly 15% of the total number of cases.

“It’s true that we have more deaths than what we saw yesterday, but it’s also true that the percentage increase today is similar to that of he past three days and it appears there is a stabilization,” said Fernando Simón, the head of Spain’s health emergency coordination center.