Man falls to his death from roof 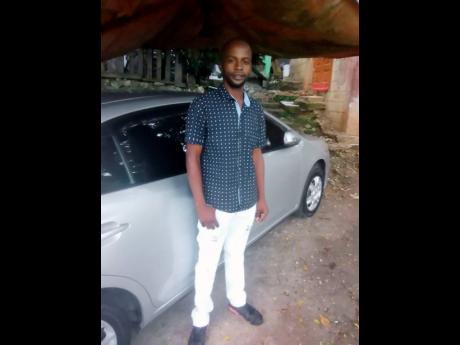 A man who fell from the roof of a house last Wednesday in Norwood, St James, died in the Falmouth Hospital two days later.

The deceased has been identified as Everton Gordon, 34, otherwise called Stamma or Eva, a construction worker who hails from Ballymure district in Manchester, but who resides in Norwood.

It is alleged that Gordon fell while trying to get better reception on his cell phone after he received a call.

Some time after he went to the roof, an occupant of the house heard a crashing sound coming from the rear of the building.

Upon investigating, she saw Gordon lying on the ground with a wound to his head.

She raised an alarm, and Gordon was rushed to the Cornwall Regional hospital where he was admitted in an unconscious state.

He was later transferred to the Falmouth Hospital, but succumbed to his injuries last Friday.

Gordon's sister, Hortense Morgan, told THE STAR that he was the most loving, kind, jovial and hard-working human being you could ever meet.

"All now mi caan believe seh him dead. Di two a wi is like wi a twin. Mi and Eva have the best relationship any brother and sister could ever have," Morgan said.

"Him don't have no kids, but him love children bad, bad, and him very caring. Him girlfriend get stroke up a Norwood, and if it was some man, dem would a run gwaan. But Eva stick by her side, an a him cook har food almost every day."

Morgan said that her brother never regained consciousness, and said that she was at his bedside until Thursday night.

The Montego Hills police say they are still carrying out investigations into Gordon's death.