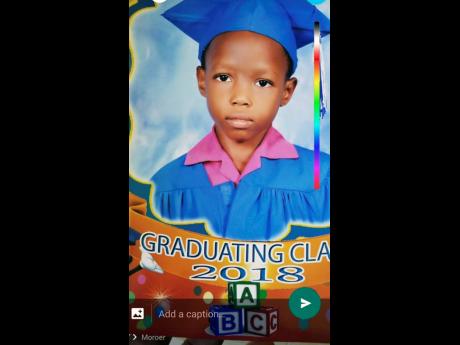 The Coral Gardens police in Montego Bay, St James, have confirmed that the shooting death of a man in Flanker yesterday morning was a reprisal for a gun attack in the same community on Sunday.

Eight-year-old Lance-Jay Sterling was killed in that attack, and four other persons, including the six-year-old daughter of dancehall artiste Tommy Lee Sparta, were left nursing gunshot wounds.

Reports are that about 5 p.m., on Sunday, the victims were among a group of persons at a shop along 2nd-Avenue, when an argument developed between two men from Lime Tree Lane.

During the conflict, one of the men reportedly made a telephone call, and minutes later, a motor car drove to the area, and the occupants, who were armed with guns, opened fire on the crowd, hitting Lance-Jay, Tommy Lee's daughter, and three other persons, including a 60-year-old man who was lying on his bed inside his house.

The police were summoned and upon arrival the victims were rushed to Cornwall Regional Hospital, where Lance-Jay was pronounced dead, and the other victims treated and admitted.

The victim in Monday's shooting, who has only been identified as 'Eggie', was shot and killed at a house along Lime Tree Lane about 10:30 a.m.

Shanique Bowen, Lance-Jay's mother, told THE STAR that she witnessed her child's murder, and her life will never be the same again.

"Up to now mi caa believe seh Lance-Jay really dead,;him a one a di best runner inna the world. Him tun champion boy fi every school weh him go, an right now him a represent Jamaica inna running an dem kill him," she cried.