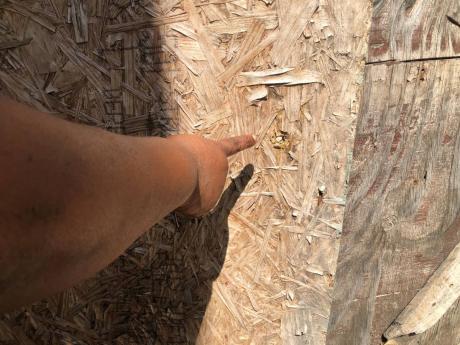 A 17-year-old girl was shot in her buttock by gunmen as she ran to her house for safety in Denham Town last Friday.

According to reports, the incident took place some time after 7 p.m., as the teen, her mother and aunt were sitting outside along the road.

"Me and her were on the fridge top outside and my sister was on a stone outside too. Me end up go one shop ... usually, I would say to my daughter 'Come mek me and yuh go.' Me nuh know how me neva tell her fi come this time," said the teen's mother.

As she was returning from the shop, she saw two young men moving towards her lane, one of whom had a gun.

"Me seh to myself 'A wah dis Jesus?' Me turn me back, cause me a seh if dem fire nuh shot, me rather get it inna me back ... a just that come to me at that moment," she recalled. "Me see everything and me couldn't do nothing. Mi sister realise what was happening and she get up quick ... same time my daughter run off and go inna the yard."

Seeing the movement, one of the men fired two shots before they both ran off. The mother revealed that it was her son who noticed the teen had been shot.

A bullet had also grazed the aunt's arm. The teen was rushed to the hospital.

"She (daughter) panicked ... her eyes turned over and she kept saying 'Mommy a dead me a go dead!' I had to tell her calm down and all I could do was just pray. I was praying and being strong for her, but I was scared," she said.

The mother said that her daughter is currently being prepared for surgery.