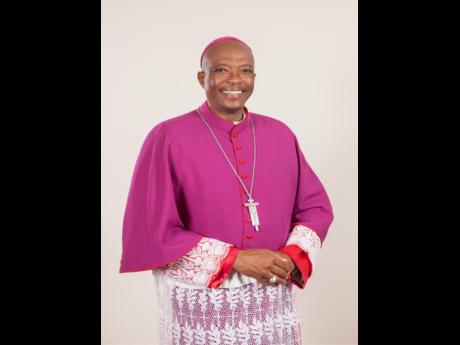 For the first time in its history, the hierarchy of the Roman Catholic Church in Jamaica has cancelled its Holy Week celebrations, due to the feared COVID-19.

The week was originally scheduled between Sunday, April 5, and Saturday, April 11.

"You have to take into consideration the fact that the Government has instructed that there should be no gathering over 20 persons. And we want to ensure that persons do not disobey those measures that have been put in place to safeguard the health of people at large. These celebrations usually attract large gatherings, and so as to minimise the gathering of such persons, we have cancelled the activities," Archbishop of Kingston Kenneth Richards told THE WEEKEND STAR.

Richards said that the church has never done something like this before, and the decision did not come easy. However, they take solace in knowing that this may help prevent the spread of the coronavirus.

'We cannot be irresponsible'

"It is always difficult, because these celebrations are an expression of our faith and even some persons are questioning the decision to eliminate these gatherings. But, of course, we cannot be irresponsible. We have to be prudent in respect to restricting the gathering of these persons, because that can create the possibility of the spreading of this very contagious disease."

Well, not all hope is lost. The archbishop says they have found a way to continue with some of the planned festivities.

"I know persons will miss the Good Friday celebration, the Easter vigil and the Easter Sunday. We will still have some celebrations ... we will do the Chrism Mass with some priests to bless the holy oils that will be used for the sacraments throughout the year. That will be a small gathering, so that provision can be made," he said.

Usually the Chrism Mass is held on the Wednesday of the Holy Week, and all members of the Roman Catholic would gather.

But this time around, "no more than eight" people will be in attendance.

He noted that other small celebrations being done will be live-streamed, so members can be a part of the experience.