Church prepared to close doors to keep out coronavirus 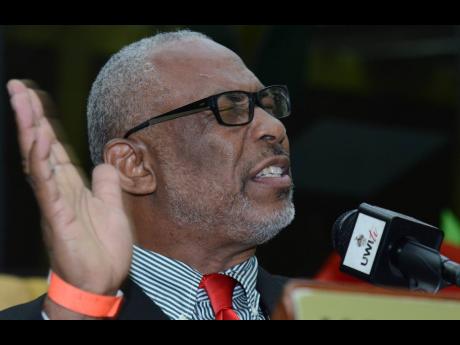 Bishop Neville Owens, head of the Independent Churches of Jamaica.

Bishop Dr Neville Owens, head of the Independent Churches of Jamaica (ICJ), says they are bracing for shutdown of churches and would not oppose such a move if circumstances demand it. He says churches have had to scale back on numerous activities that would require large gatherings following the novel coronavirus (COVID-19) outbreak.

"Outside of funerals and weddings, having no large gathering would affect the church," Owens said.

Prime Minister Andrew Holness announced a series of lockdown measures aimed at curtailing the spread of COVID-19 on Monday. The measures include a restricting on gathering that involves more than 20 people in public space.

Owens told THE STAR that following the dictate of the law is a no-brainer, as it is important that the virus be contained.

"We do consider our self responsible enough to scale down certain activities to [prevent] less people [from being] contaminated, then it will make our nation healthier. The church has a role in that regard to do whatever we can," Owen told THE STAR.

Several churches have had to cancel or reschedule the dates for pre-planned funerals and weddings.

"We have warned people who have signed up for funerals and weddings long ago that we may ... depending on how the local situation develops, we may have to cancel," he said.

"I put the county first, so anything that is suggested by the Government to eliminate any possible spread of the virus I support it. I would have to support the decision to have less people at a funeral because they say [that] to contain the virus, large number of people shouldn't congregate, and I want a healthy population," Cornwall said.

As of Monday evening, Jamaica had recorded 12 cases of COVID-19, and Holness said that it is "unlikely, based on what I am seeing" that the measures announced to curtail the spread of the disease will be discontinued when they are reviewed in five days. He said that the Government could institute tighter restrictions.