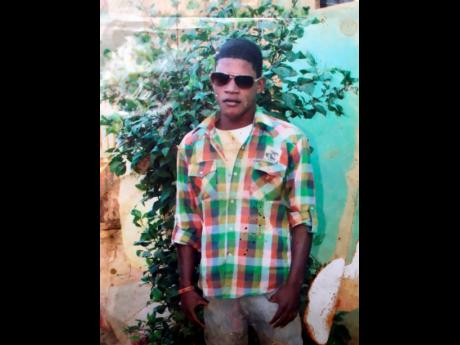 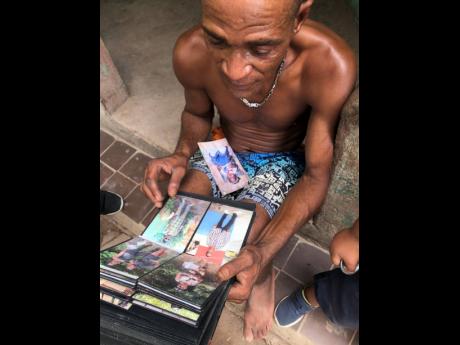 Stephen Reid gazes at old pictures of his son. 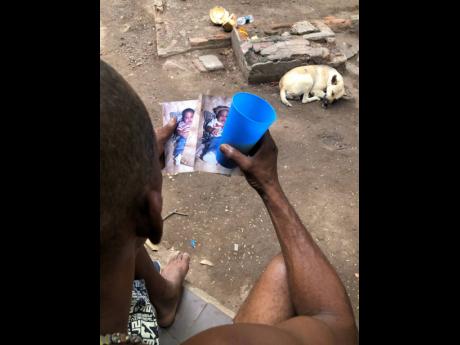 Stephen Reid gazes at old pictures of his son.
1
2
3

Last Sunday, a teary-eyed Stephen Reid sat on a step outside his home after hearing the news that his son, 28-year-old Oshane Reid, had been murdered earlier that day.

The grieving father gazed into an old photo album filled with pictures of Oshane, some from when he was one month old.

"Me nuh know wah fi say right yah now. 'Bout 15 minutes to one, me get a call seh me son get shot out a Maxfield. Me rise up and run go out deh ... then get a taxi man fi carry me go the hospital. Me deh deh until doctors say him pronounced dead. Him not even get no kids yet," Reid told THE STAR.

According to police reports, Oshane was driving a motorcycle along Maxfield Avenue, when it broke down on Rodney Road some time after noon.

He was attempting to fix the problem when he was pounced upon by gunmen, who shot him multiple times.

Oshane, who resided in Rose Town with his father, is described as a bike lover. Reid said that his son was usually on the motorcycle, when not partying or at work.

"A just ride him a ride all 'bout and a enjoy himself. We (Rose Town) and Maxfield no ina no war fi we a seh him nuh fi ina dah area deh. Is a good, working yute. Nobody caan talk nothing bad 'bout him. This is a family yard ... him no ina no problem with anybody," he said.

Mid-sentence, he pulled out three baby pictures of Oshane and stared at them in dead silence.

Oshane's girlfriend also sat outside in disbelief, her arms folded. She told THE STAR that they were planning on starting a family soon.

"Him hard-working and loving ... we did a plan fi have a child. Me speechless. All him do a go work and party," she said.

Oshane was also planning a big party for April 11.

"A good while now him a plan the party ... good while. A same place ina the community here him did a go keep it," she said.

Panceta Walker, a youth advocate and justice of the peace, said that the killing of young people is a cause for concern. She blamed a breakdown of morals, values and love for each other.

"If we love each other, we wouldn't do certain things. If we love our fellow brothers just like we love our sisters at home, we wouldn't treat them a certain way ... we wouldn't have to take up a gun and shoot them. It doesn't matter where you're from. Whether uptown, downtown, middle class, ghetto; it's a state of mind," she said.

"Parents have shunned their responsibilities. They have shunned their duties and the killings are getting out of hand. They were not taught or trained to do the right thing and to expect that when they deviate from the right things, there's a consequence. A breakdown in the home is spilling out in society, at school and everywhere we go," she said.