Man killed while getting ice cream for nephew 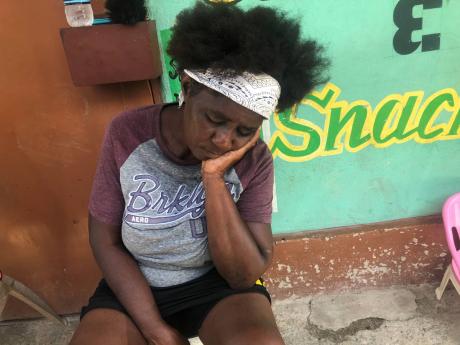 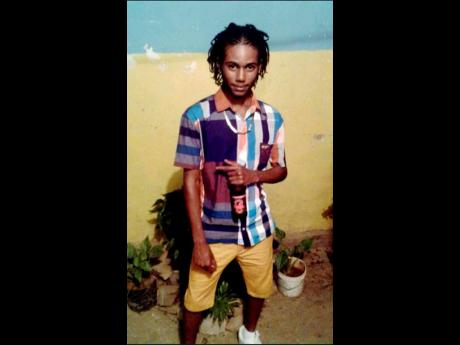 A regular Friday night in Denham Town, west Kingston, descended into chaos and tragedy, after 25-year-old Chevon Malcolm was shot and killed by gunmen.

According to reports, the deceased was standing with his four-year-old nephew and a friend some time after 8:30 p.m. when thugs attacked.

Malcolm's friend was also shot. The child was unharmed.

A heartbroken Audrey Chambers, Malcolm's mother, told THE STAR that she was inside her house when she heard the gunshots. She had no idea her son was a victim.

"Him never dead on the spot. When me reach the hospital, I was there with him a good while before him pass off. The doctor said the shot was travelling in him and he wasn't bleeding out. Me up there with him until the doctor pronounce him dead," she said, sitting outside on a bucket with her hands clasped. "Me just start cry ... that's all I could do. Me pray and beg God fi mek him recover but it never work."

She said that Malcolm was "a pleasant little boy to me".

"That's why this feel like it a go mad me. Me love me son to me heart. Him no get no children ... me a fi just live with this," she said.

Meanwhile, Malcolm's cousin Christina is irate. Just last April, she lost her babyfather in a similar fashion. She told THE STAR that she always called Malcolm 'the girl dem best friend'.

"You mostly see him around the girls dem. He is a jovial person. Him always a laugh and have a pleasant face. The yute hold him own ... only thing him do a drink and smoke. Him just come out a the yard last night and stop up pon the road, in front a the ice cream shop and them come and shoot him up," she said. "Him nephew did stand up with him. Him no reach five-year-old yet. Every time dem come and fire shot, kids deh pon the road. It look like we have to start lock up the kids inna the house dem."

She also ridiculed the Zone of Special Operations (ZOSO) checkpoint that has been in the community since October 2017.

"ZOSO nah do nothing ... the police dem siddung pon dem phone. We fraid fi come outside but if we stay inna the house dem, we a go bun up. We caa make heat kill we," she said.

According to the police, an investigation is ongoing.