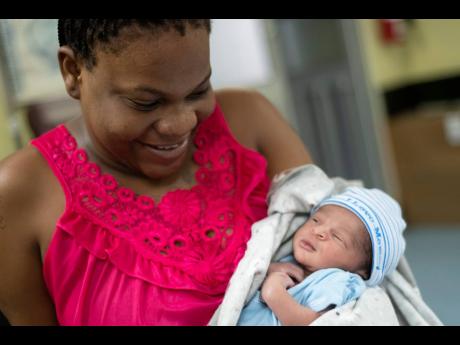 Davia Goulburne holds her son Hasanio Gayle, one of several Leap Day babies born at the Victoria Jubilee Hospital in Kingston on Saturday. 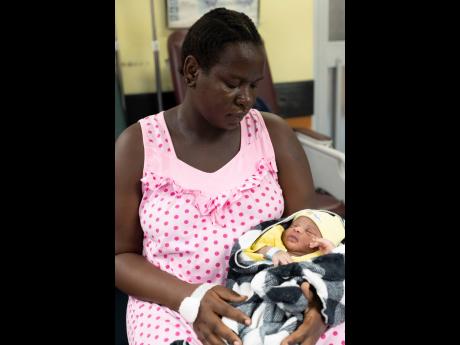 Loretta Dunn holds her daughter, Princess Lawrence, who was born on February 29. 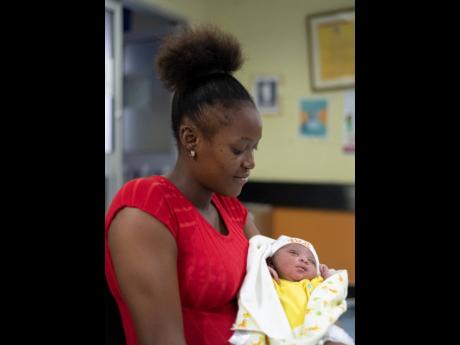 Taleta Smith wanted her baby to be born on her birthday, March 1, but in any other year, she may have been that lucky.

However, with this year being a leap year, February has an extra day - a Leap Day, which was on Saturday. When Smith, 24, a resident of Braeton, St Catherine, went the Victoria Jubilee Hospital (VJH) in Kingston to give birth, she harboured thoughts of giving birth to her baby on her birthday.

But at 4:50 a.m. on Saturday, February 29, Smith gave birth to an adorable boy baby, Kenjay Keniel Davis. He was among seven 'leaplings' delivered at the hospital on the day.

Born on my birthday

"I really wanted him to be born on my birthday, but technically we still celebrate a birthday together because we will share March 1 together, every three years," Smith told THE STAR.

The chances of being born on a leap day are said to be about one in 1,461. Leap years were introduced to keep the Gregorian calendar to syncronise it with the Earth's rotation by adding an extra February day to the month's end every four years.

Persons who are born on Lead Days tend to celebrate their birthday on February 28 and March 1 during non-leap years. Smith plans to celebrate little Kenjay's birthdays on both days.

Lorretta Dunn, who also gave birth on Saturday, was initally told that her baby would come on March 1. However, the child, Princess Lawrence, decided to make somewhat of an early entrance.

"When she is old enough I will fully explain that her birthday is February 29 and although that date comes around every four years, I will let her know she still ages every year," Dunn said.

Hasanio Davido Gayle was among the leaplings delivered at the Victoria Jubilee Hospital (VJH) on Leap Day, February 29. The adorable, almost as if he recognises that his baby is among a small group of persons to have February 29 as a birthday, smiled at THE STAR lens, just hours after he was born.

His mother, Davia Goulbourne, said that when her baby's father heard that she had given birth on Leap Day, he jokingly asked her why she didn't wait for another few hours to have the baby.

"I was hoping that he wouldn't come today (Saturday) but this morning when I felt the pain, I knew it was almost time," he said.

"When I told my babyfather that our son was born, he said, 'Weh yuh have baby today fah? You should a gwan hold the pain and let him born inna March," she said between laughter.