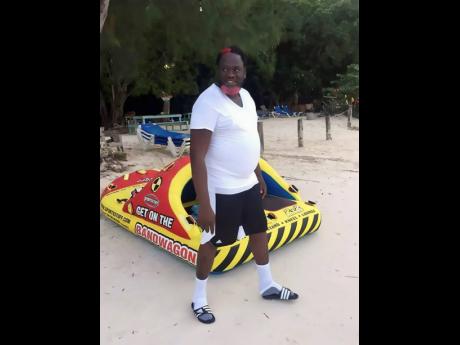 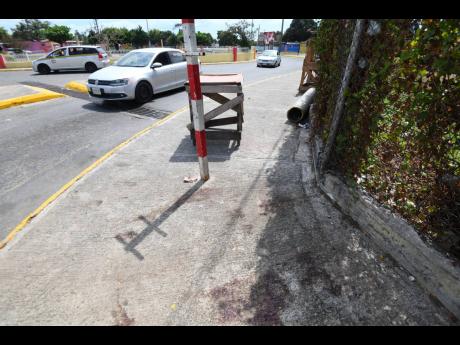 The bloodstained sidewalk where Kevin Clarke, aka ‘Rumm Ramm’, was shot and killed by gunmen metres away from his home. 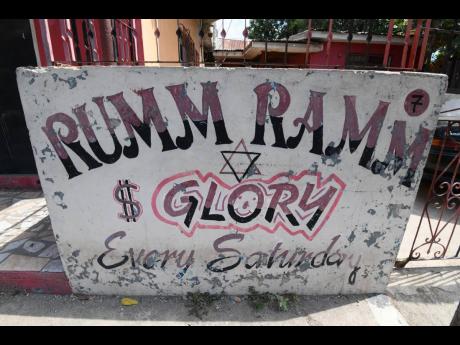 Rumm Ramm was a major figure in Arnett Gardens.
1
2
3

To some people, Rumm Ramm is the name of a popular dance and song which gained traction in the entertainment space by artiste QQ. Not many are aware that the song was actually inspired by a colourful personality of the same name, also known to other people as a ‘figure of peace’ in Arnett Gardens, St Andrew.

A Peace Management Initiative (PMI) liaison officer for the area, popularly called Jungle, Rumm Ramm, whose given name is Kevin Clarke, was murdered by unknown assailants at the intersection of West Road and Greenwich Crescent in St Andrew on Monday night.

His sister, Andrea Berry, yesterday told THE STAR that her younger sibling was not involved in any wrongdoings and was killed in cold blood.

“Mi brother was a jovial person … him was a moggler. Him buy up him car and bike and him was building a two-storey house, weh almost finish. Him and anyone never have anything at all,” she said.

Andrea said that she spoke with her brother moments before his killing. She said that she was in the process of preparing dinner when she heard the gunshots.

“Mi mind run on him but mi never did a think say a him dem shoot. A girl in the yard run out and come back and tell mi say a Rumm Ramm get shot and mi start bawl out same time,” she said.

The reality of losing a child was too much for Rumm Ramm’s mother, Ewan Brooks. She told the news team that she had no idea why anyone would want to kill him as he was a known peacemaker.

“I don’t know what to say because the people dem who kill him know that him is not involved in anything at all,” she said.

Social entrepreneur Dr Henley Morgan said that Rumm Ramm is somebody he has known for the better part of 10 years.

“I have associated him with peaceful and harmonious coexistence,” said Morgan of Rumm Ramm, who died leaving three children.

Mark Golding, the Member of Parliament for South St Andrew where Rumm Ramm lived, described him as a colourful figure who pursued his economic independence. Rumm Ramm, he said, made furniture for schools.

“He was just a cool guy and he wasn’t mixed up in any untoward activity. His death has come as a real shock. It has brought great sadness to the community,” Golding said.

“He was a level-headed and loving person. The community has been robbed of a very loving person,” the MP said.

When THE STAR contacted dancehall artiste QQ, he was shell-shocked by the news. He was about age 10 when he did the song that popularised the Rumm Ramm dance. QQ said that although he did not know Rumm Ramm as a dancer, he knew the dance was inspired by him.

“This was somebody who the community regarded highly. He was always pushing for peace and it’s sad that this is what transpired,” he said.

“I remember him as someone who was always inviting me to come to Jungle because he was always hosting something for the yutes dem. This is really disheartening because the community has now lost someone that believes in the community and tried to push them forward,” the entertainer said.