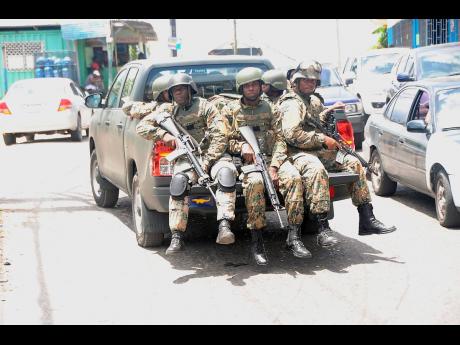 Soldiers drive through Mt Salem during the early days of the ZOSO. 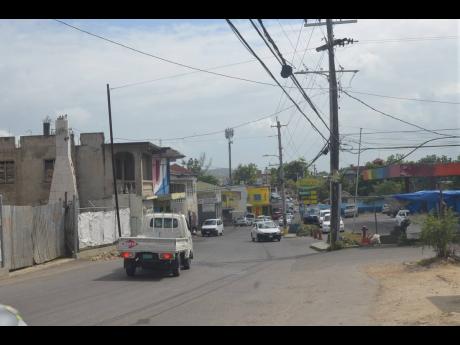 A section of the main square in Mt Salem, St James.
1
2

Despite a parliamentary report outlining the efforts of outreach groups to train residents of Mt Salem, St James, for entrepreneurship and job creation under the community's zone of special operations (ZOSO), it appears that some residents have been resistant to empowering themselves through those programmes.

Mt Salem was declared as the first ZOSO by Prime Minister Andrew Holness on September 1, 2017, in response to rising levels of crime in St James.

Skills training and empowering of residents for entrepreneurship were listed among the intervention strategies to take place under the ZOSO.

But residents of Mt Salem say they have not seen any significant change in the community's economic fortunes or any interest on the part of young people, especially males, to take advantage of opportunities for economic self-improvement, in spite of these programmes.

Garvey Campbell, who works in Mt Salem, told THE STAR that while crime has been reduced in the area, some persons lack interest in learning a trade.

"Is pure handouts the people want. There's no crime in the place, but nobody wants to learn a skill. Only one man from up here runs a business, a wholesale, and everybody else that runs business don't come from here," said Campbell. "You can't expect to put people in your place to work and yet nobody wants to work. You have more idlers here than people who come to work."

Justice of the Peace and retired businessman Leroy Grey said that he has seen more females than males coming to him for employment recommendations.

"For the most part, it's primarily ladies who come for recommendations. The women will check you for references, while the men will check you for passports or gun licences. In most cases, the women will grab the opportunity to reshape their lives, but not the younger men," said Grey. "They (stakeholders) need to build community management groups with persons who have the skills in business development, entrepreneurship and education, because most guys say they want to start a business but they lack the skills."

"If you have 20 opportunities that you could offer, maybe only five persons actually sign up, because many of them are waiting to see what the results will be from the training programme," said Sweeney. "You have to continue to do it (training opportunities) over time, and that's why we say these things take time, because you're not going to transform that sort of situation by going out there one time. So we continue to train persons, and it's an ongoing thing."

He noted that right now, persons from Mt Salem are being trained in scuba diving, as lifeguards, and in digital technology.