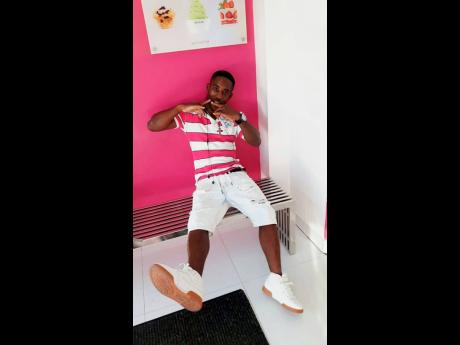 Brown said that since learning about construction, life has been far better. 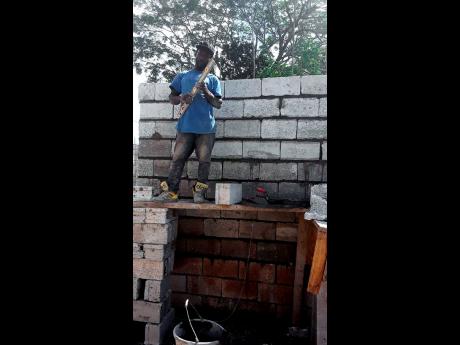 Brown on a job site. 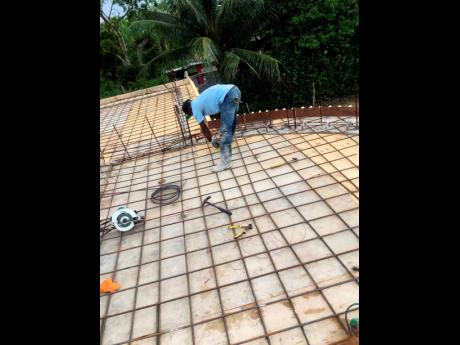 A few months ago, Davon 'Tutu' Brown was combing the streets, seeking potential buyers for his popcorn.

Weeks before that, he had quit his job as a conductor, which he did for eight years, traversing the Kellits to May Pen route.

On his quest to improve his quality of life, the 30-year-old grasped at mentorship opportunities and is now a renowned construction worker in Crofts Hill, Clarendon.

Brown, a past student of Kellits High School, was adopted into the One Connection mentorship programme, where he was taught the skills and trades of the construction industry, an initiative he described as life changing.

"Me a make money and me off the streets so me life change totally. Me use to deh pan the streets often. Connection programme a build me," an enthused Brown told THE CENTRAL STAR.

Members of One Connection, a group operating out of the agricultural district of Crofts Hill, said their organisation is founded upon unity, as members cooperate and provide assistance to team members with medical bills, relatives' funeral expenses, reducing labour and material costs for home construction, and career counselling.

Founder of One Connection, Romaine Rowe, said the group has a mandate to assist youth, moulding them into better versions of themselves.

"We realise say when we have the youths and they don't have to beg, it easier, so we start point them in different directions, how them can make money and how them can do things," said Rowe.

He described Brown as an excited, willing worker who is always eager to learn.

Citing financial constraints, Brown told THE CENTRAL STAR that his years as a vendor and conductor yielded little to no profit.

"When I was selling popcorn, me never use to make money and now me a benefit cause me nuh out a work yah now. Me work every day, Sunday to Sunday. Me use to work from Sunday to Friday, then go Kellits go idle the rest a days. But them ting deh cut out, so my life change a big way," said the father of two.

Asserting that other communities should adapt the concept of the One Connection group, Brown said that while he still has much to learn, the impact on his life has been tremendous.