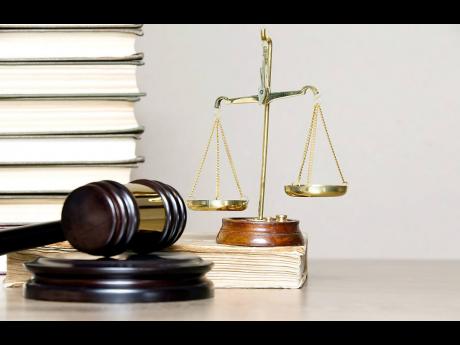 Oshane Burke, who would've been 31 today, was born in Jamaica, but went to live with his father in the US at age 12.

Four years later, he returned to Jamaica, his father Charles Burke intending for him to return to the US after school. However, one month after his 20th birthday in 2009, Oshane was killed.

Three persons - Kareem Campbell, Nadine Moore, and Damion Smith - were charged with his murder. However on February 6, they were freed because of insufficient evidence.

Burke said the last thing he expected when he sent Oshane back to Jamaica was that he would have ended up dead.

"I thought education-wise he would be better off in Jamaica than over here. He had just come to Jamaica. He was living in the US with me. It turned out to be my biggest mistake. I went to Gaynstead High so he was supposed to go there too. I was really looking forward to having my son back with me soon," he said.

Charles said he had an inkling that something bad would've happened the same day his son was killed.

"There was like a force ... there was this burden on me saying something was going to happen and I needed to get in touch with him. But I couldn't get him. He was a very mobile person ... he was up and down. I couldn't keep a track of him, but I know that he wanted to come back," he said.

When he heard the news of his son's murder, he was devastated. After waiting 11 years for a decision to be made by the court, Charles said he is dissatisfied with how the case was treated.

"I'm lacking words right now. I don't understand what has happened. It seems like they did not defend my son," he said.

Burke, who was employed by Moore, is alleged to have stolen cash and a quantity of Hennessy from her business.

He was subsequently found with multiple stab wounds along the Port Royal main road.

A police patrol team became suspicious after spotting a man in bushes. In questioning him, Oshane's body was discovered nearby.

The man subsequently told the police that he was not involved in the killing and fingered the three accused. He then became the prosecution's main witness.

However, the defence put forward that the prosecution's witnesses gave contradictory testimonies.

The defence also noted that the main witness described the crime scene as "pitch black", and asserted that he, therefore, could not be 100 per cent certain of what he had seen.