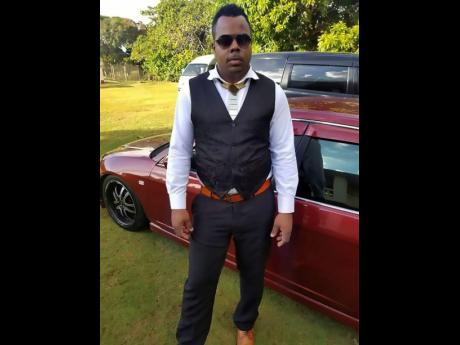 The loved ones of Old Harbour resident Errol Sankey Jr are left with many unanswered questions following his murder last Sunday in the vicinity of Three Miles.

Speaking with THE WEEKEND STAR yesterday, Sankey's sister, Carolyn, said that the police are tight-lipped, but the family has heard much speculation about the incident.

"We are not hearing anything really and we have been asking the questions. All I am wondering is what could have gone wrong. I know it was not a set-up because my brother was not involved in any wrongdoing. I just believe that the person who pulled that trigger was just trigger happy," she said.

According to reports from the Corporate Communications Unit, Sankey, who was affectionately called Junior, was shot along the Portia Simpson Square in Kingston 11 about 7:10 p.m. on February 2.

The 30-year-old was driving his motorcycle when he was shot during a robbery in the area.

"I am hearing rumours that it was a police officer who did it while others are saying it was a security guard. We are hearing that it was a shoot-out and he was at the wrong place at the wrong time. We also heard that there was a robbery in progress at the same time that he had stopped and the person who did the shooting thought he was riding the getaway bike. We are hearing different things ... we just don't know what is happening and we really want to know who fired the deadly shot," Carolyn said.

She said that her brother had travelled into Kingston to sell a motorbike that he had earlier purchased and repaired.

"His wife begged him not to go on the road and he even asked her to come with him but she didn't. He was about two minutes from his destination but he came to a stop at the stop light to wait on his friend who was travelling behind him and he never rode off back. That's where he was shot," she said.

She described her little brother as a family oriented individual and added that his untimely death has taken a toll on his loved ones.

"He didn't have any children but he was a really loving and devoted husband to his wife. He was a family oriented person and loved by a lot of persons. Even as we speak, his mother-in-law is breaking down and she keeps saying that her big teddy bear is gone. It is really a rough time for the family. His wife is taking it really hard," she said.