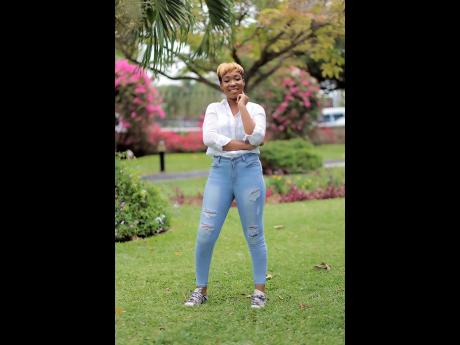 Peta-Gaye Ferguson says sacrificing her job in order to help children will be worth it in the long run. 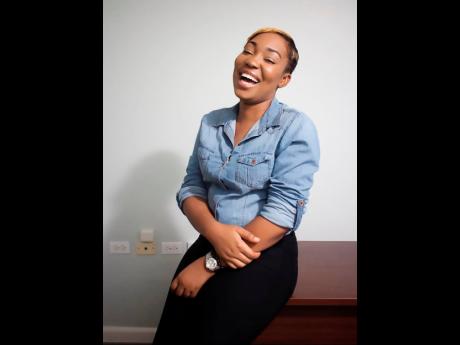 It is not every day that people leave their nine-to-five jobs to become volunteers, but for 25-year-old Peta-Gay Ferguson that is exactly what she did.

"I was working at the Caribbean Legal Practice Institute as an administrator, and was on my way to doing paralegal work, but when I was elected president of Friends of a Child Help Foundation, I really felt as if it was a position that came with great responsibility. I believed that I needed to give my all to this service," she said.

Ferguson left her job in December, which was paying her roughly $100,000 monthly.

"I sacrifice that money for now so that we can achieve something that is for the greater good; something, that is beyond me; something that benefits more than just any one individual, but something that if we really do this, it can impact it society on a positive basis," she said.

The 25-year-old lives at home with her family, and gets pocket money by doing a bit of work on social media.

"I do content development, where I post and reply to customers for my client. I charge like US$200 (approximately $27,000) monthly. I get more clients but I don't want to take on more, I want to focus on the foundation," she told THE WEEKEND STAR.

The foundation is aimed at helping less fortunate children gain a better life through the development of a new mindset and perspective on life. It was formed in 2016, and Ferguson said "it just needs someone who has the time, and that is why I left my job".

"I thought that someone really needed to make a sacrifice, and if they think that I can lead the organisation, then I felt that the onus was on me to make that sacrifice for the organisation and for the children that we are aiming to help," she continued.

Ferguson told THE WEEKEND STAR that there are persons who have questioned her decision to quit her job in order to do voluntary service. She said, too, that even though she could do with an income, her major focus is ensuring she is able to transform lives through the organisation.

"When you listen to some of these children's stories it makes you heartbroken, and I feel like there is much more that we can achieve," Ferguson said.

As for funding for the organisation, the president said that they have employed several strategies to bring in money.

"Last year we got a donation from Advantage General, and this year we got another donation from Sagicor. We entered a NCB competition and won, so we are waiting on that money right now. People also would call us and give monetary donations from time to time," she said, adding that the board of directors throw their dues to help pay the mentors they have.

"We use the money that we have to pay the eight mentors a stipend of $10,000 each monthly. The other money is used to help the children," she said.