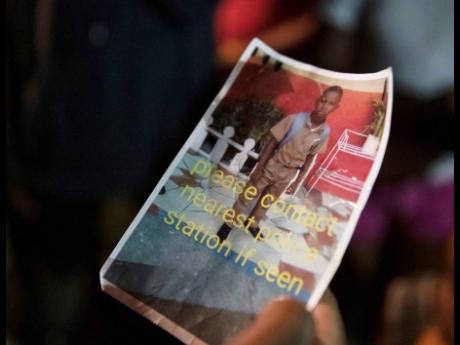 A photo of Gallen Buchanan. 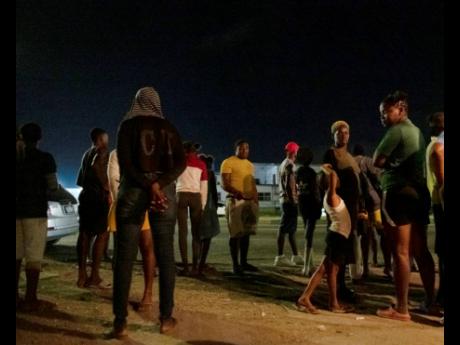 Residents of Richie Lane, off Spanish Town Road, react angrily to the news of Gallen's death.
1
2

There was high tension last night on Richie Lane in St Andrew, as angry residents vented their frustration after news spread that eight-year-old Gallen Buchannan had been found dead in the vicinity of Manley Meadows, two days after they said he was kidnapped, allegedly by his stepfather.

According to residents, the man was in a relationship with the Gallen's mother but she decided that she was going to leave.

They cried that there was no justice as since Tuesday, they had reported the matter to various police stations, but got no assistance.

"Wi go Hunts Bay and tell dem seh dem wi see the man tek the pickney and all now nobody nuh come dung yah. Wi walk off wi foot yesterday and we walk off wi foot today," a resident said, noting that they were sent to Trench Town. "Them (Trench Town cops) sent wi a Duhaney Park Police Station and dem a send wi to Constant Spring and dem just a mess up wi head."

"When wi see seh dem nah do nothing, wi beg wah company to print some picture and wi pass them out. Wi walk go everyweh a look fi him because is a likkle bwoi weh nuh go road. Him is a quiet child. How somebody fi do that to a likkle pickney," one emotional resident cried.

According to the Corporate Communications Unit, Buchannan's body was stumbled upon at 3:15 p.m. on the harbour. The police were called and his body removed to the morgue. Up to press time, they said there was no motive for the killing.

Residents also blame the police for allowing the accused to get away last night.

"The police dem get a tip seh the man deh a him yaad and dem go deh wid one bag a noise ... and then tek weh himself and jump inna the gully. Then dem a go seh dem nuh have no flashlight fi go inna the gully," an angry resident said.