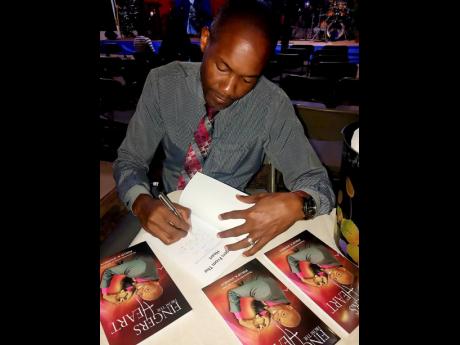 A St Catherine pastor has turned a near-death experience into an act of goodwill.

Phillip Johnson had a massive heart attack last September, and, while in hospital, he documented the experience by typing his daily experiences on his cellular phone.

Johnson drafted what would become the 20-chapter book Fingers from the Heart, which he launched on January 6, his birthday.

Since then, he's sold hundreds of copies, and has donated all the proceeds, amounting to $225,000, to children with special needs or heart-related illnesses.

"So far I have donated to three families including one of a two-year-old who has a heart condition. I have a 16-year-old son who has autism, and I also gave assistance to a child with special needs also. This was always a dream of mine to assist children with special needs. What was meant for evil was used to do good. It's like turning a bad experience into something beneficial," he said.

Johnson's ordeal began on September 15, when he was preaching a sermon at the Church of God of Prophecy on Old Harbour Road.

He felt discomfort in his chest, but initially thought it was just the exertion from being at the pulpit. But minutes after the sermon ended, he was gripped with excruciating pains and the following morning he had to be rushed to the University Hospital of the West Indies (UHWI), where it was discovered that he had suffered a heart attack.

"I was admitted at the hospital for several days and as a means of informing my friends and other loved ones about my health condition, I started to make posts on my Facebook page and at that time, writing a book was far from my heart. The more I was sharing my experience on social media, persons were encouraging me to write a book, so I made a Facebook page called 'Fingers from the Heart' and began sharing there," he said.

"I also presented a copy of the book to Ward eight of the UWHI. I continue to salute them because they all worked so hard to save my life," he said.