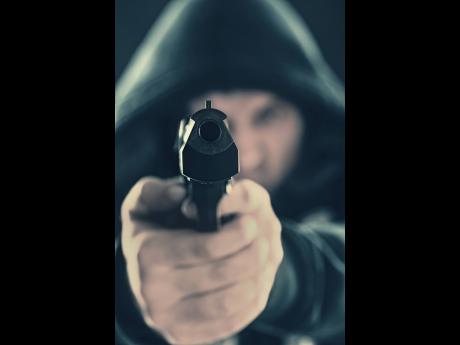 Shevon Davidson was at a party in Harbour View, St Andrew three weeks ago when gunmen, dressed as police and soldiers, invaded the venue and shot eight people.

Two of the persons hit were his brothers. Davidson left the venue minutes earlier after complaining of not feeling well. That bloody invasion left two persons dead and eight injured.

Davidson, having left the party before the shooting, counted himself among the lucky ones.

But in a cruel twist of fate on Wednesday, the 28-year-old perished at the hands of gunmen in the same community.

The hoodlums not only shot him dead, but they also shot and injured a one-year-old who was in his care. The child is said to be in critical condition.

Up to press time Thursday night, the Kingston East Kingston Police would not say whether the two shootings were linked.

The police division has seen a 17 per cent spike in murders this year. According to the last figures published by the police, there have been 74 murders, compared to 63 for the corresponding period last year.

In the meantime though, Davidson's mother and the parents of the baby, are torn.

"Mi keep on a ask God why him never make mi dead instead, because mi never wah bury any a mi children. When mi hear the news mi start vomit same time. Mi cry til mi belly bottom bun mi ... All now mi belly a hurt mi. Nobody don't know what mi a feel," she said.

According to a report from the Corporate Communications Unit, a group of persons were sitting along the roadway in Riverside Drive about 4:20 p.m., when gunmen opened gunfire at them. Three persons were hit and taken to hospital, where Davidson later died.

"Him keep on a say him belly a hurt him. When him a leave for work, mi say 'God go with yuh mi son', and a the last mi talk to mi pickney. Mi son never even keep company or inna problem with people ... If mi ever tell yuh say mi see him with a gun, a lie mi would a tell," she said.

In the community on Thursday, residents struggled to make sense of the attack. They described the shooting of the infant as inhumane.