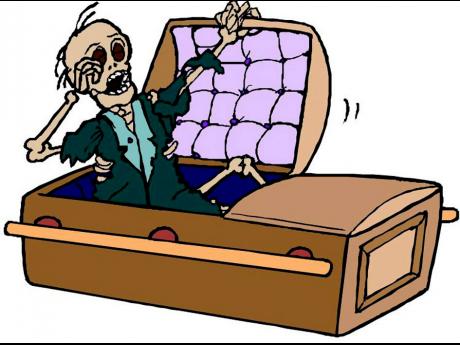 Approximately 70,000 dead people will be removed from the next voters’ list, which is to be published on November 30.

Glasspole Brown, director of elections, said the removal of the names of the dead persons is part of an ongoing exercise, which began in late 2018. The Electoral Office of Jamaica is looking to remove more than 260,000 dead electors from the voters' list, which now stands at 1.9 million persons.

“That first phase involved the engagement of verifiers who went out, verified and visited 1.1 million electors’ homes where they were 40 years and over. They came back with a figure indicating to us that approximately 160,000 persons have died out of that 1.1 million persons,” Brown said.

“We are now in the second phase, which is the confirmation phase, and, so far, we have confirmed that out of that 160,000 persons that have been identified, close to 70,000 have died. So, the November list, hopefully, will reflect that figure and we will continue that process up to next year,” he added.

Brown estimates that by the end of next year, the names of close to 200,000 dead electors will be removed from the voters’ list.