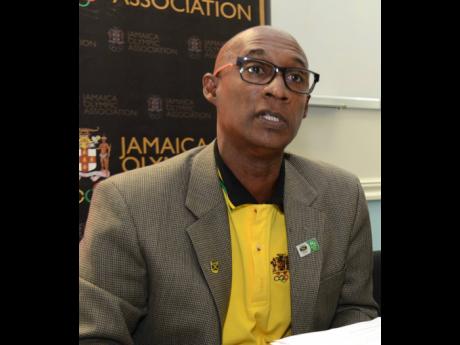 Garth Gayle, principal of Charlemont High School, is refuting claims made by a parent that her daughter was beaten unconscious by a group of students outside the institution last Thursday afternoon.

In a Facebook post, a woman, who identified herself as the child's mother, wrote: "They gang beat my daughter into unconsciousness. They beat my daughter into a coma. Boys from outside hit her, kick her. Justice must be served ... almost kill my child. Hit her with sticks, iron kick and box her. I had to send her to do brain scan and X-ray. She spent three days in the hospital. They still walking around. No justice serve yet. What is Jamaica coming to? She collapse, almost died and all now no one get arrested, none came to her rescue."

A video of the incident, which has since gone viral, showed several students slapping, kicking and shoving another student repeatedly. They kept showering the teenager with blows, even as other students and two adults attempted to quell them.

Gayle, while admitting that the incident did take place, is refuting claims that the child was beaten until she was unconscious. He noted that he has since heightened security following the altercation.

According to Gayle, he had no idea that the verbal dispute that started on the school grounds earlier that afternoon, would have turned physical.

He stated that the security guard had picked up on a dispute between a set of grade 10 and 11 female students and took them to the vice-principal's office.

"The vice-principal got them settled and when I went to her office, she was in the process of praying for them. I was also preparing to go to a PTA meeting and then I heard that there was a big commotion on Charlemont Road," he said.

He stated that some time later, three of the girls were taken back to the institution and were treated at the nurses station after which the police were alerted.

"The parents of the girls were called in. One of the girls had some bruises on her knee and leg and those were dressed by the school nurse. The police came and took them to the Linstead Hospital and the vice-principal accompanied them."

Gayle said a meeting would be held today to deal with the matter.

He added that all the students involved in the fracas would be suspended from the institution until the board makes a final decision.