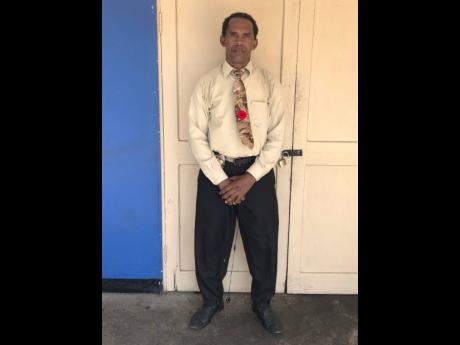 Kingsley McCalla, a former member of the Jamaica Defence Force (JDF), says he is displeased with the treatment being meted out to him by the organisation, as he is yet to receive any compensation after being injured on the job a year ago.

McCalla said he was electrocuted after another worker accidentally turned on an electrical warmer machine he was repairing. The incident happened in December 2018.

"Meanwhile I was working on the equipment, one of the personnel turn on back the power supply on me. There's a duct underneath it where the cables are. The power supply was off and we could work on it. The person seh him accidentally turn it on and neva know seh me deh under the thing," McCalla told THE STAR.

He said he was taken to the Kingston Public Hospital where he was admitted for one week.

"Me never know what happened next. I passed out and me only come back to consciousness when I was in the hospital. The guy who grabbed me off the machine seh the thing hold me and me a froth through me mouth."

Though he was discharged in one week, McCalla said he has been in and out of hospital following the incident. This, of course, has led to a pile-up in medical bill expenses. What makes it worse is that he is now unemployed.

"I have to be seeing doctor every month because the pain come on same way and it alter some sickness weh me did have before that. Everything come like it just pluralise. From that time until now, the JDF has done nothing. No progress. There's nothing forthcoming ... I don't get no help, I'm not working. Them put me off from work now and I don't have a job. I went back to work (JDF) and me contract up,' he explained.

When contacted, Major Michael Deans, head of the JDF legal unit, told THE STAR that the investigation into the incident is ongoing.

"The matter was referred to the Attorney General Chambers and we're looking into it, so obviously we wouldn't comment on something like that because it could become litigious," he said.

McCalla, however, believes that he deserves an update on the matter.

"For about five months I don't work. Between January to May, I had to be in and out of the hospital. KPH even give the JDF a medical report to tell them the damages and what it has done to me. From May, I gave the legal team the claim of whatever money was spent up and how much money me a lose. I want to know what are their findings, weh dem come up with. Tell me something ... they not disclosing anything to me at all. Me need fi know something," MCalla said.