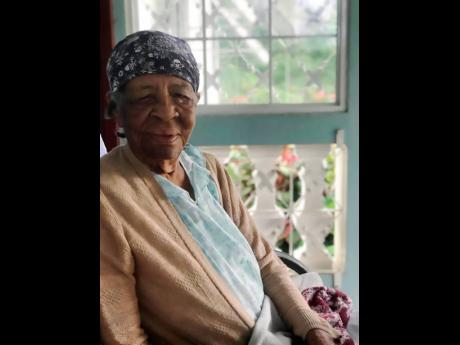 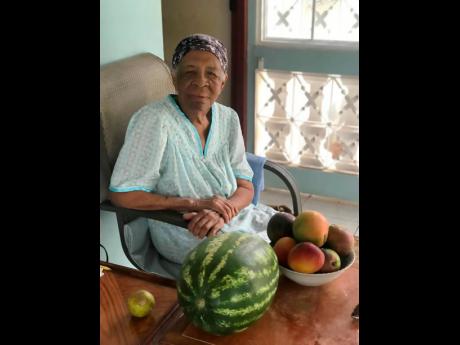 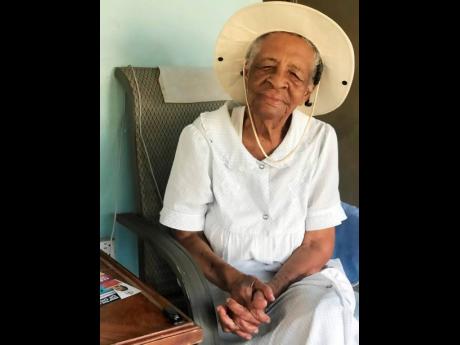 "I never thought I'd live so long. I can't say anything. It's a joy and peace to live so long," a grinning Violet Dwyer, also called 'Aunt Vie', told THE CENTRAL STAR.

Two weeks ago, her family and friends gathered at her home in Porus, Manchester, to celebrate her 102nd birthday, where she was awarded with a plaque from the area's member of parliament for being the oldest person alive in the community.

And even in the midst of the celebrations, Aunt Vie said that she had become reflective of the life she had lived so far. "I am thankful," she said.

Aunt Vie said that she was born and raised in Porus, Manchester, the seventh of eight children and the only one still alive. She had four children of her own and outlived two of them. These children blessed her with 13 grandchildren and 16 great-grandchildren.

Aunt Vie said that she was married but lost her husband when he was just 46 years old.

"I come from far, even though now I can't go outside and I just have to move around inside," she said.

The in-house confinement was something that she said she had to get used to as she once lived a very active life. She worked for years as the community dressmaker, and she sold her clothes on the streets.

"I go out and carry my clothes dem go out pan di wayside, like at shops and suh, and people come and see it, and who like it buy some," she said.

Active in the church

Aunt Vie was also a very active member of her church, the Porus Emmanuel Church, and served for more than 70 years.

"She used to sing in the choir, and she was part of the deacon board, and the ladies' ministries. In her younger days, she was responsible for the youth," her nephew, Sheldon Williams, said.

"The church family does recent visits at home to serve communion because she is unable to attend," he added.

Aunt Vie said that she ensured that her children got a strong Christian foundation. "The way that I taught my children, I taught dem the way that they should go, Bible verse and all a dat," she said proudly.

And despite the loss of sight in one eye owing to cataract, being a little bit hard of hearing, and having high blood pressure and pain in one of her legs, which she blames on old age, Aunt Vie said that she is fine.

Commenting on Jamaican life now, Aunt Vie said that things are much different from the days when she was growing up.

"People used to live nice and quiet and in love and unity, but not now. You hear some people walking on the streets, and the way how they behave, it beat mi to know, and the children that they have coming up, a lot of them, they don't teach dem di way," she said.