The duppy that wanted directions to Spanish Town 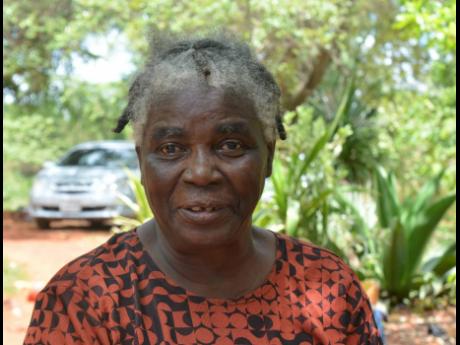 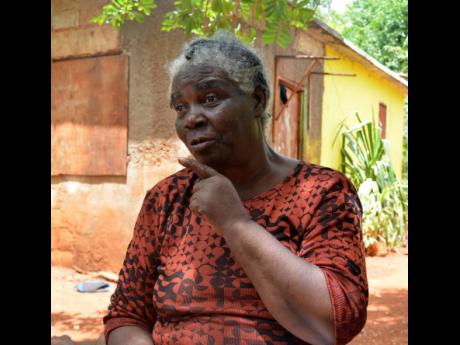 Kenyon Hemans/Photographer Carmen Hall says the ghosts at Meadowrest sometimes get ‘bored’. She claims to have had given directions to a female duppy, who was seeking to get to Spanish Town in St Catherine.
1
2

We sometimes wonder what would cause someone to live near a cemetery, but for 69-year-old Carmen Hall from Paul Mountain in St Catherine, she is not bothered that the duppies resting at Meadowrest are her neighbours. In fact, she is so unbothered that when ghosts pass by and talk to her, she talks back.

"One Sunday evening, a funeral over a Meadowrest and mi siddung pan the bench here. And when mi look, mi see wah woman wid her handbag on her shoulder. 'Good evening, mam. You can tell mi how to get to Spanish Town?'," she said the ghost asked.

Hall said her replay was, " watch mi now, go outta the gate and keep right and go down a Red Pond and you get taxi go Spanish Town."

"'Thank you, mam'," she said the ghost replied.

Hall said that her daughter, hearing her providing responses, asked who she was speaking with. She replied that it was a ghost.

Hall said she is never afraid of spirits because she can see them. She said that once a person is able to see dupies, they can get out of their way in order to not have an encounter with them. She said that there are days that the ghosts of persons who are buried at Meadowrest get tired of the cemetery, and so they decide to go on excurisons. She said that some of the ghosts, partiularly children, leave the burying ground in seach of people to play with. Hall said that her granddaughter was once pushed out of a tree by young ghosts.

DUDDY PUSH HER OUT THE TREE

"Mi memba bout three years ago, mi daughter tell mi granddaughter fi wash her uniform. She talk to her go and come, and she nuh do it. Instead, she go climb wah Naseberry tree and the two likkle duppy gyal weh up deh just push har out the tree and bruk har foot. Mi know seh the duppy dem inna the yaad, and all wi a warn har (granddaughter) fi stop the ramping in the yard because the two likkle duppy pickney a follow har, she nah listen. She nuh do no climbing again from dem do that though," she said.

Hall declared that before this unfortunate accident, the twin ghosts went to call a little boy who lives close by. She said that she saw the twin duppies and immediately instructed them to leave the living alone. She said that she has no intention of leaving her home because of ghosts that sometimes want to play with the living.

"Mi see dem all the time, and mi live here for 21 years. Dem nah trouble me and dem caa do mi nothing, because mi can see dem. Mi nah leave my house for nothing," Hall said.