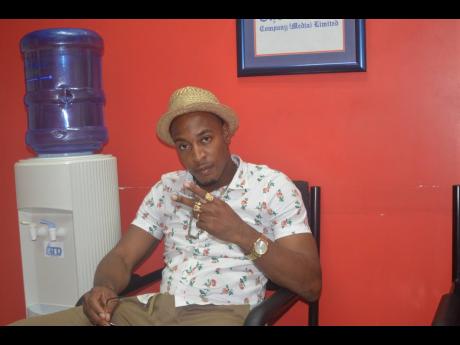 Up-and-coming reggae artiste Randy 'Drae Sunami' Watson may not have many singles to his name, but the Little London, Westmoreland native has big dreams and a clear goal to carve his mark on the local and international musical stage.

Watson, 28, produces his songs under his record label, Star Lyfe Records, with successful tunes that include Money Time, First Class Touch, Run, and Prayers of My Mouth.

His biggest success to date is Low Mileage, which has got air time and has proven a hit at parties.

"I have a video for it as well, which is currently trending," Watson told WESTERN STAR.

His passion for music began at a very young age with his father's lyrical presence in their Runaway Bay, St Ann household.

"When I was growing up, I saw my father with a guitar in the house, and I used to hear him play the guitar. From there, the love for music started to develop, and I was always in the street deejaying and singing," Watson said.

"Then a gentleman by the name of Sniper Jay brought me to a studio for the first time, and from there I started to write my own songs. I always want to send a positive message to all ages, because I grew up in a poor family, and that inspired me to be positive," he added.

Watson aspires to partner with several local and overseas dancehall and rap artistes who have always been his role models.

"Locally, I would love to collaborate with artistes like Busy Signal, based on the respect he shows in the music industry, and also Agent Sasco; those men inspired me to become a better person in music. Internationally, I would work with Chris Browne and Wiz Khalifa," said Watson.