Car thief to be sentenced July 26 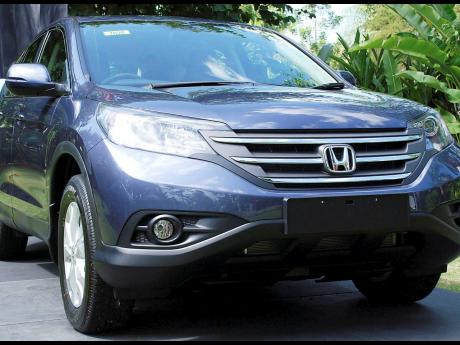 A Manchester man has been remanded in police custody by the St James Parish Court for sentencing on July 26 after he admitted to stealing a woman's car from the Cornwall Regional Hospital compound in Montego Bay.

Sadike Henry, 33, of a Mandeville address, pleaded guilty to larceny of a motor vehicle when he appeared before presiding parish judge Sandria Wong-Small last Wednesday.

The court was told that on May 6, at approximately 9:30 p.m., Henry visited the hospital and went to one of the facility's departments, where the complainant was as well.

The complainant left her handbag in the room for a brief period, and when she returned, Henry had already left.

A short while afterward, the complainant checked her handbag and noticed that the keys to her Honda CR-V motor car were missing.

She made additional checks on the hospital's compound and discovered that her car was also missing, following which a report was made to the police.

It is further alleged that three days later, on May 9, the car was seen at a shop in Little London, Westmoreland.

Inquiries were made, and Henry told the police that he was the driver of the vehicle. He was then informed of the report about the car being stolen, and he was arrested and charged.

After the circumstances were outlined to the court, Wong-Small ordered that a social enquiry report be prepared ahead of Henry's sentencing hearing.

He was then remanded until July 26.