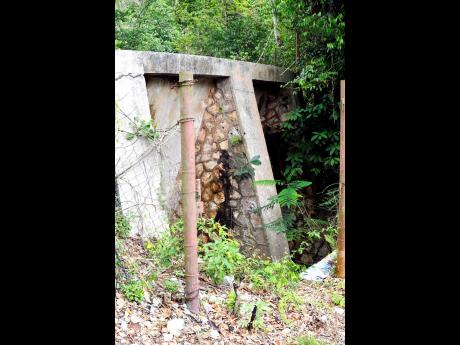 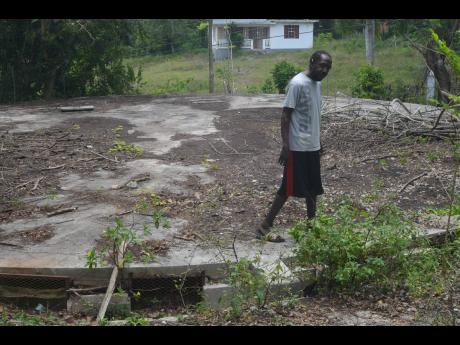 Curtis Dyer, a resident of Palmyra district, surveying a stone tank situated between Little Ease and Palmyra districts. The tank has been out of use for some 10 years but could potentially store and supply water for both districts. 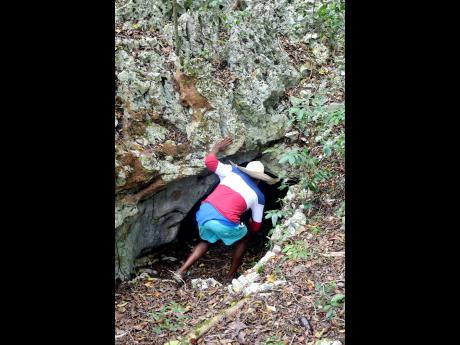 Kemar Coke, a resident of Palmyra district, prepares to enter a cave that is said to be connected to an underground network linking to the Rose Hall Great House.
1
2
3

The rural St James community of Little Ease is home to several development opportunities that are currently going to waste, including a potential water-catchment system that could supply the farming district and its immediate neighbours with the precious commodity.

While visiting the usually quiet area, WESTERN STAR was shown a large stone tank, which was built around 1969, located between Little Ease and neighbouring Palmyra.

The tank is currently sealed and not in use, but residents believe that with proper maintenance, it could store and supply water to Little Ease, Palmyra and Paisley.

“We have too many tanks in the area and we not getting any water, but if we could have a storage area where we could keep water, all they would have to do is connect a pipe so they could pump water into it. So if water comes on Monday, they could put water in it on Monday,” said 26-year-old resident Kemar Coke, who grew up seeing the now-unused tank.

“The water used to run from up so and come down, and it would catch on the side of the tank and come in. But bullfrogs started coming in it, so the people stopped using it,” Coke said.

“If they could make some men get the water out of it, they could use a ladder to go down in it and clean it up, and they could employ some youths in the community to do it.”

Another resident, Curtis Dyer, pointed to two iron tanks that were installed on a hilly area near Palmyra in 2010 but thathave since fallen into disrepair.

“They made two more tanks up there, but they’re just rotting down. They could give Little Ease this one (stone tank) and finish up the iron ones up there and give Palmyra that one because this tank could serve by gravity feed for the whole of Paisley,” said Dyer.

The residents also directed WESTERN STAR to a cave, not far from the iron tanks, which is reportedly part of a network of underground caverns connected to the famous Rose Hall Great House.

They say that the presence of the cave could provide tourism revenue for the area.

“If Mr Ed Bartlett (minister of tourism) had some people coming to link here, they would know about these places, and the tourists would come here. We could have some craft stuff selling, and just imagine the amount of money that we would make,” said Coke.