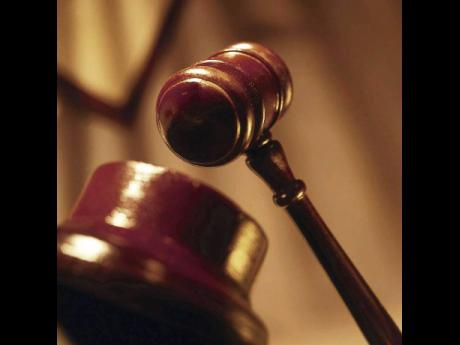 A Kingston man who allegedly used a fraudulent cheque to buy more than J$458,000 worth of sliding windows and fan-light doors, caused a stir in the Trelawny Parish Court in Falmouth last Wednesday when he was found to have multiple identities.

Eric Anderson is charged, alongside Mark Hanson, with conspiracy to defraud and obtaining goods by forged cheque.

The allegations are that between April 13 and 18, Hanson arranged with a business place on Market Street in Falmouth to deliver 12 windows and six fan-doors, valued at $458,176. Hanson met with the proprietors and paid for the items with a cheque.

However, it was subsequently discovered that the cheque was not valid, and Hanson was pointed out to the police. Hanson, in turn, pointed to Anderson as the man he was working on behalf of, and both men were subsequently arrested.

In court, Judge Ruth Lawrence was told that Anderson had previously appeared in the Falmouth court under the name of Eric Anderson, but that he has matters in other courts under the name Glenroy Williams.

But Anderson's lawyer, Cadene Coleman, asked for her client to be granted bail on humanitarian grounds, as Anderson was suffering several long-standing illnesses.

"In addition to being diabetic and hypertensive, they have found that he has an enlarged heart," Coleman said.

Lawrence subsequently offered bail to Anderson in the sum of $500,000 with two sureties, on condition that he reports to the Police once a week and turn over his identification cards to the court for his identity to be verified. The case will be mentioned again on September 5.