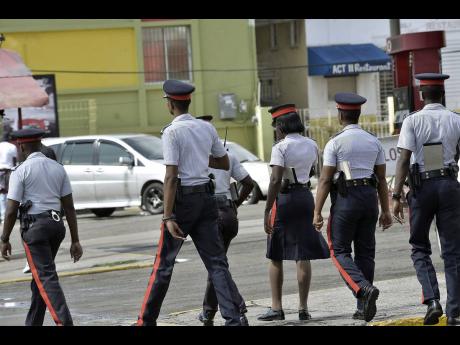 The six policemen who were slapped with corruption charges in 2013, after allegedly accepting money from a businessman in exchange for not prosecuting him on ganja charges, were freed of the charges in the St James Parish Court last Wednesday.

Constables Alman Fletcher, Delroy Brown, Marvin Campbell, Devon Bernard, Dwayne Lynch and Paul Williams walked out of the courtroom as free men after the prosecution told Judge Natalie Creary-Dixon that the complainant was not interested in pursuing the case any further.

Following that revelation, the prosecution offered no further evidence against the six cops, at the complainant's request, and they were allowed to leave the courtroom.

According to the prosecution's allegations, in November 2013, the six cops solicited and accepted $300,000 from the businessman in exchange for not prosecuting him for a quantity of ganja that was found at his premises during a police operation.

A report was subsequently made by the complainant and following investigations, the six cops were arrested and charged with extortion, corruptly soliciting money, corruptly accepting money, and aiding and abetting.

The matter started before the St James Parish Court in 2014, and in July 2018 the case was committed to the St James Circuit Court. However, the matter was returned to the lower court in December, as High Court judge, Justice Glen Brown ruled that the parish court had jurisdiction over the case.