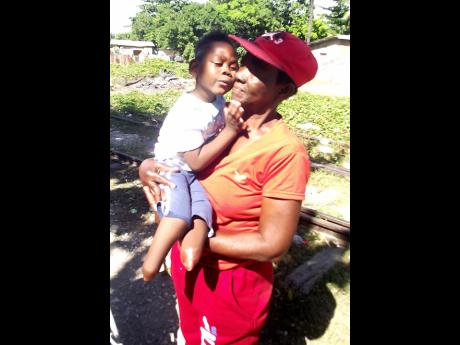 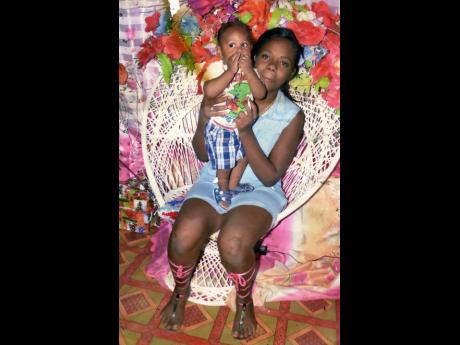 Brian Harris, at one year old, with his two legs, is being held by his mother, Shantal Thomas. 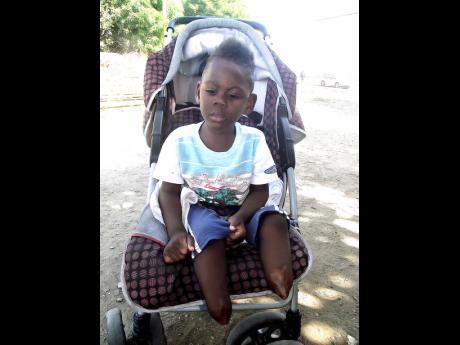 Four-year-old Brian Harris depends on his stroller to move around on a daily basis.
1
2
3

When Brian Harris was born four years ago, his legs were in tact. His grandmother, Patricia 'Patsy' Gardener, said that her daughter turned over the child to her for safekeeping.

However, before Brian could start walking, life struck a cruel blow. His legs mysteriously fell off.

She said that she has no idea what caused the child to lose his feet. She said that one leg fell off while he was in the hospital and the other came off after he returned home.

Consultant orthopaedic surgeon Dr Warren Blake, when contacted for comment by THE WEEKEND STAR, said that he was not in a position to explain what may have caused Harris' feet to fall off.

Gardener said that it is painful to see her grandson's condition.

"Sometimes he moves on his belly, and each time he attempts to go on his knees, him just stop. I think he needs professional assistance," Gardener said, while adding that young Brian is yet to be enrolled in school.

"I want to see him be the best he can be. I have even started to check out schools for him," said Gardener, as she appealed for financial help in order to take care of the young boy.