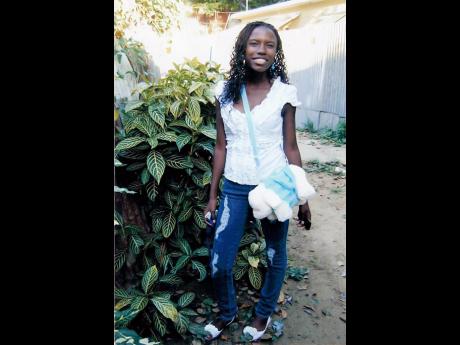 Shanique Burke aka Musky, 24, has been missing from Lime Stone Close, in Eltham Park, Spanish Town for two weeks.

The family of a St Catherine woman who disappeared after she reportedly left to visit a friend has been overwhelmed with grief.

"She is my second child and she was living with me, so we are very worried about her sudden disappearance. She left from home over two weeks ago; we have no trace of her," said Burke's mother, Carlene Thompson.

The teary-eyed Thompson said she is almost a nervous wreck and expressed that her grief continues to intensify.

"On September 24, she left to meet someone at the Shopping Centre in Spanish Town. We have not heard from her since," said Thompson.

She told THE WEEKEND STAR that there have been extensive searches for Shanique, but they have been unsuccessful.

"It is a very sad situation. I am unable to eat or sleep, and each time I pass her room and realise that she is not there, it hurts even more," Thompson said.

The matter is hurting Shanique's family and those close to her, yet there seems to be no trace of her.

"There has been no contact with her and calls to her phone went unanswered. this is simply tearing us apart," an aunt said.

Meanwhile, when THE WEEKEND STAR checked with the Spanish Town Police Station, it was revealed that the matter had been reported and the police are investigating the matter.