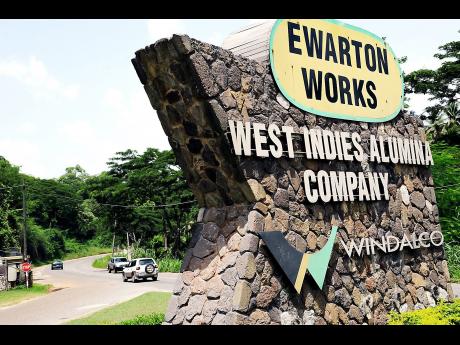 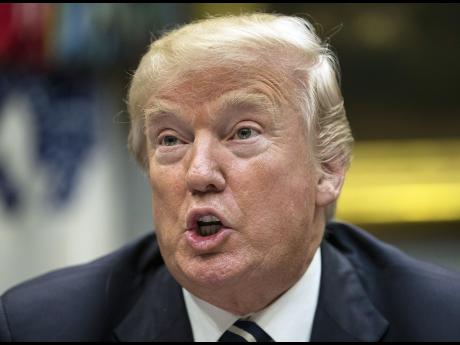 At least one employee of Windalco, which is located in Ewarton, St Catherine, had no bus fare to get home on Tuesday and had to beg for assitance after his financial institution reportedly held on to all of his salary to cover his liabilities.

The man, like other employees at the bauxite company, got only 50 per cent of his pay as the company claimed it was not in a position to give them their full fortnight's salary.

Vincent Morrison, island supervisor of the National Workers Union (NWU), said the company has committed to paying the remaining half of the workers' salary by May 28.

UC Rusal, the owner of Windalco, is expected to face problems acquiring its raw material inputs for its local operations as a result of the sanctions.

"The Trump sanctions are worse than 2009-2010," Morrison said of the sanctions that are expected to take effect in October.

Residents of Ewarton are concerned that the sanctions imposed on UC Rusal and its major shareholder, Oleg Deripaska, by the United States, could adversely impact their lives.

"With the wind blowing at the level and in the direction it is, were I a resident of Ewarton or Linstead, I would be worried," Morrison said.

When THE WEEKEND STAR visited Ewarton this week, residents reflected on the period that saw the closure of the plant during the time of the recession. Production at the bauxite facility was temporarily suspended in April 2009 due to what the management said were efforts to cut costs at the site. It was reopened in 2010.

"Just reflect on when the plant did close down. The businesses along the stretch were affected, some closed down, and unemployment rose. And if the sanction becomes a reality, then hundreds will suffer," Monica Heron, a bar operator in Ewarton, said.

Mark Mignott, a taxi operator, said there could be gloomy days ahead for Ewarton and its environs if UC Rusal is unable to properly run the bauxite plant.

"Whenever there is a problem at the plant, everybody suffers," Mignott said.

One worker told THE WEEKEND STAR that "everybody a fret due to the uncertainty that surround the plant".

"Whenever you go to work, you keep wondering what is the latest. Even at home you have to be reassuring those close to you that you are hoping for the best," the worker said.