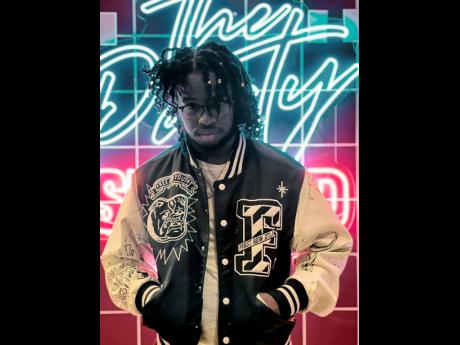 Dancer Espuppy has crossed over into recording music, and says he likes the fact that he is able to express himself as a dancer and a recording artiste.

The Kingston-born entertainer, who now calls the USA his home, last week released a single, Money Heist, which he said reflects his determination to fight for success.

"It was more of my inner thoughts because we all want to make it, but most people give up; and I said it in the verse, 'mi a try before I die. You can see all the pain within my eyes'. I'm too stubborn to give up, and I don't want to do wrong; because if I do wrong, that's me giving up," Espuppy said.

The up-and-coming entertainer admitted that in the initial stages of his recording career, he had to endure light-hearted barbs from persons who were not convinced that he could entertain with the microphone. He said that persons are now singing a different tune after listening to his music, and are now receptive of his most recent artistic endeavours.

"I made the transition to music because I love entertainment, and music for me is a more individual art than dance. You can only do so much by yourself when it comes to dance don't matter how good you are," he reasoned.

The entertainer, whose given name is Christopher Escoffery, began recording music professionally in 2020, after he had already established himself as a dancer. He told THE STAR that he is grateful for his growth as a recording artiste.

"My music now is way different than how I started, so I couldn't say which is better, per se. Each art complements each other, as you can see more effectively on TikTok. Dancers have been saying this for years, but now TikTok has made it more visible," he said.