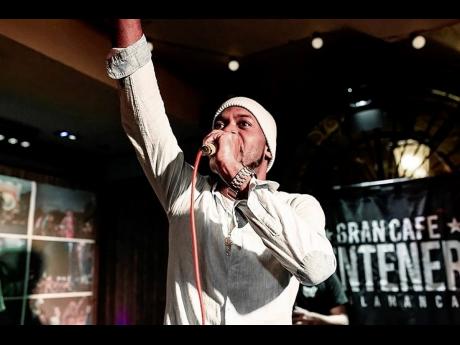 Darrio in performance in Salamanca, Spain. 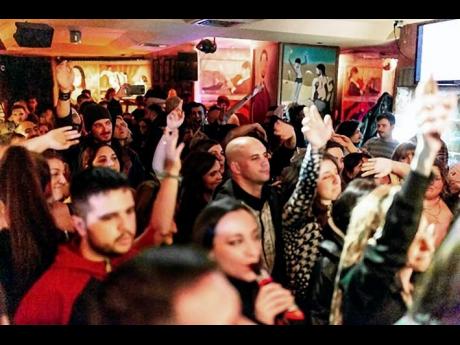 Members of the audience react to Darrio’s set.
1
2

Reggae-dancehall entertainer Darrio is back on the island following a short European tour.

He visited cities, including Essen, Munster, Hamburg, and Berlin - all in Germany - and also an ancient city in Spain called Salamanca, which he claims has not seen an artiste from Jamaica in over a decade.

"The people informed me that it had been a while since any reggae or dancehall artiste had performed there. I thought that was interesting, but the city is very different. I didn't get to do much as I arrived in Spain in the late evening and left early morning," Darrio shared with THE STAR. "The place I stayed at ,though, was a beautiful old castle in the Plaza Mayor Square there ... it is historically significant and the architecture was stunning. One of the most beautiful places I travelled to."

Darrio's last time in Essen was in 2018 and Munster in 2019. However, he performed in Berlin in May as part of a weekend line-up of shows, which included a live performance at The Acropolis in Prague, Czech Republic.

He wrapped his European Fall Tour at the Centenera Cafe-Bar in Salamanca on November 17 for an event called 'Run Di Riddim' , osted by the Unruly Youth Sound. He described the entire tour as an "enlightening experience" and said that he only wished it could have been done with his Fyah Force Band, with which he is celebrating a three-year anniversary this month.

"Being back on the road was good, but it was also mixed vibes because like most entertainers who were not performing for the past two years, the rebuild process have to gwaan. But on the other hand, the requests are coming in, and people on this leg of touring were excited to see me. Another downside was that I never get to bring the band with me," he said. "We are celebrating another year, another milestone achieved, and the plan is to have a live show in the coming months. But a date has not been decided on as yet. I'm back in Jamaica because I have this and other obligations but should be headed back to Europe soon, hopefully, next time with the band instead of performing on tracks."

He said there are ongoing conversations with the promoters of large music festivals like Keep It Real Jam in Germany and Reggae Geel in Belgium.

"I had a taste of what Reggae Geel was like when Everton Blender invited me to perform our collaboration Put In The Work from my debut EP The Preliminary," he said.

Darrio said he anticipates that 2023 will be a breakout year for his music and is looking to engage fans in the US. He is also working on the Reggae With Love project, on which he said he reveals more of himself. On January 6, the first single, High School Love, will be released.