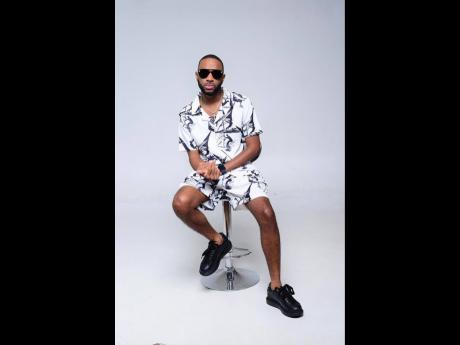 Dancehall artiste QQ has released the visuals for his seductive female-focused track, Pretty Backaz, as he continues his efforts to refocus the attention of dancehall fans to girls' songs.

The visuals were in two parishes, Portland and Kingston, with the breathtaking eastern northeastern providing a captivating backdrop for the artiste and his lingerie-wearing model in the shoot.

QQ said the decision to film at Broad Stone, Kent, Portland, was a simple one as the majestic outdoors scenes complemented the song.

"It was a getaway from the typical Kingston congested vibe, very relaxing and remote, so it was very very good," the artiste said.

The shots filmed in the capital city were done at Fetish Secrets, an establishment that offers adult toys and a massage area.

"The concept of the video was to be very sexy and sensual, without using the typical bedroom. We wanted to show off how to appreciate nature in a sexy way, in a unique way. So we utilised the water to symbolise getting wet, or wet atmosphere, and the lead girl being in a lingerie, which matched the flowers in the garden - kind of like Adam and Eve in the wilderness," he explained.

The video, released about three weeks ago, has racked up just under 6,000 views on YouTube.

Pretty Backaz was released earlier this year. QQ said that the track has been performing well, even though some listeners are still in disbelief that as he has released such a sensual song.

"Some people are still shocked because in the back of their mind I'm still little QQ ... so far it's been doing well with streaming and all that stuff," he shared.