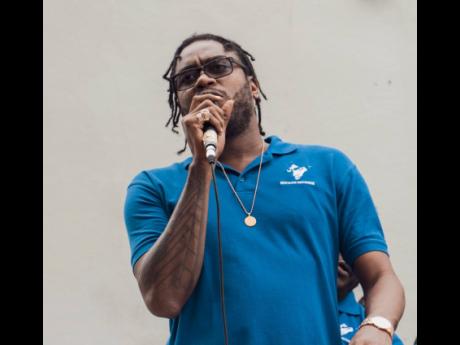 The two met during a recent tour of the UK by former Gaza artiste Jah Vinci. NotNice was part of Jah Vinci's touring team.

"I grew up listening to songs produced by NotNice ... all of the Vybz Kartel and Gaza Empire stuff. He's a legend in the game and made me want to get into music. I respect his work and his team," said Reece Dry, a principal of indie label El Gringo Records.

The label was established in the UK in 2020 by the producer and his business partner Manny Samra. They have been experimenting with unique beats and a diverse range of artistes from all over the world to forge a completely new, authentic sound.

Reece Dry said it was a joy to meet NotNice, adding that he was in awe when he attended one of Jah Vinci's show last month and saw NotNice and the world singer at work. The UK producer said he would love to work with the Jamaican genius.

"NotNice and his team are pure business and fully focused. And their music has had a positive impact on the UK dancehall music scene," he said.