Shizzle Sherlock gets ‘wake up’ call to explore soca 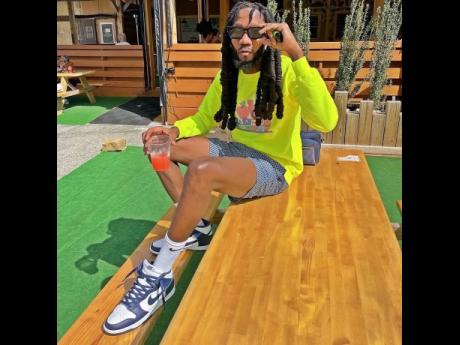 Dancehall personality-turned-artiste Shizzle Sherlock has been seeking out different markets for a breakthrough and feels like he is headed in the right direction with soca music.

"Honestly, I don't have an audience in the soca markets but through a collaboration with Atlanta-based deejay Supnelse, I have found an opening," he told THE WEEKEND STAR. "He introduced me to a producer by the name of Atlanta Landmark and both of them suggested I explore my talent through soca."

The entertainer said that he is not a long-time soca fan and only recently developed an interest in the way the music encapsulates freedom and letting loose, having had the chance to experience the carnival season in Jamaica and the US.

He said: "I've been travelling more, and, with this, I am exploring more. It's time for my name to reach the entire Caribbean region and in a way that resonates with all cultures. I believe that I been given not only the support, but a platform to express myself."

In collaboration with Supnelse and Atlanta Landmark, he recorded Wake Up, a high-energy soca mix, which he anticipates "is going to set the tone of the upcoming carnival season in Jamaica." He has released three tracks back-to-back, namely Polo Outlet, Now and Wake Up.

"I did not waste any time to listen to the rhythm and voiced my part right away. I am already receiving great feedback and this is the push I needed. This is what I need to take my career to the next level," he said. "Nothing else is in the making just yet, at least I don't plan to record or release another soca track before July as I want this one to immerse in the minds of soca lovers. But if I get a call or a new, well-produced soca riddim, then I would not hesitate to record another song for the season."

Shizzle Sherlock is urging dancehall fans to give soca a chance and also expressed that he expects nothing but a successful and safe staging of Jamaica Carnival in July.