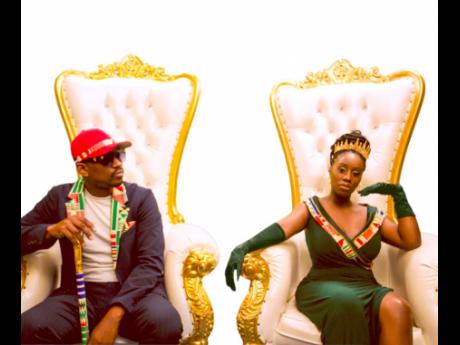 The song, which is a blend of reggae and Afrobeat, was produced by her for her Neka Leslie Music Group imprint and J August Reid of J. August Music.

"This song is for all the beautiful black women across the world. It's a celebration of our beauty, our African heritage and our unique qualities. We are black and beautiful and powerful, so let's celebrate it," said the artiste. African Girl is scheduled to be released along with a supporting music video on January 28.

"It's my first major project and I am very excited about it. I am also very grateful to Busy Signal for being a part of this project. I learned a lot from him while working on this single," said Neka Leslie. The Westmoreland-born singer who resides in Atlanta, Georgia has several other projects in the pipeline, including a single titled Real Life which is slated to be released in March. She is also working on an EP that she plans to drop later this year.

Neka Leslie, whose given name is Shaneka Leslie, launched her career at the age of 18. Since then, she has shared the stage with several established artistes, including Jah Cure, Christopher Martin, Konshens, Mavado and I-Octane.