Karamanti ‘starts with a prayer’ 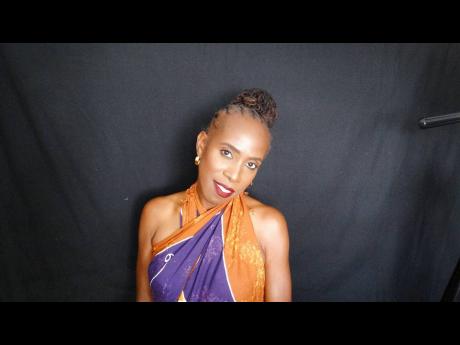 It's fitting that the lead single from Spiritual Warfare, singer Karamanti's first album, is titled Start With A Prayer.

The song sums up the personal challenges she has faced in recent years. Spiritual Warfare was released in December. It contains 10 songs, mainly produced by Delroy 'Fatta' Pottinger, best known for his long association with Anchor Recording Studio in Kingston.

"On all the songs, I am calling on God in one way or another. I have been going through a lot over the past few years and after much consideration, I have concluded that it all must be some form of spiritual attack," said Karamanti.

While Pottinger directed the singer on most of the songs, Karamanti also worked with Lamar Thompson of AudioTraxx Production in Old Harbour, St Catherine, as well as Major P from the Czech Republic and Teban Cee from South Africa.

Karamanti was born in Kingston but raised in Canada. It was shortly after resettling in Jamaica in 2010 that she began focusing on a music career. Though her songs have a religious flavour, she is drawn to dancehall artistes like Agent Sasco and neo soul singer Lauryn Hill.

"I have been making music for as long as I can remember, but I've only gotten serious about it since 2011-2012. I listen to all genres; however, I tend to pay more attention to artistes who are mindful of the words they use or the messages they are sending," she said.