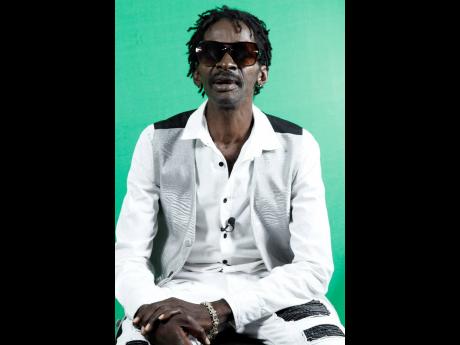 Dancehall's from-nothing-to-something artiste Gully Bop has been admitted to the Kingston Public Hospital (KPH), where he is being treated for complications from a hernia and blocked tubes.

From his hospital bed, where he is connected to drips, Gully Bop told THE STAR that he was experiencing "one of the hardest pain mi ever feel".

In between bursts of pain which had him screaming out in agony, the Body Specialist deejay disclosed that he was admitted on Sunday night, but should really have gone in before, but he feared the virus.

"Mi did come from Saturday and run weh cause mi fraid a di COVID. And mi come back Sunday morning and run weh again. But Sunday night mi did haffi come back, because the pain was too much. Mi taxi driver, Gal Boss ... mi haffi big him up ... him been with me right through," Gully Bop, who detailed his illness as "two hernia and mi can't pass urine or other tings".

He had words of praise for the staff at KPH as "the nicest nurses who deal wid people good," but still feels that being fitted with a urine drainage bag is contributing to his intense pain. He also noted that he was unable to eat.

Gully Bop, whose storied career has seen him 'buss' at 50 years old and clamber out of hardships, only to return, is smarting from a video released recently indicating that he was homeless and needed help. And, pain or no pain, he had to give his version of what happened.

"Is somebody style the thing and the man confess that him get paid $5,000 to make the video saying that Gully Bop homeless and deh pon drugs. Dem all a bring up Chin (his former lover) name. How Chin come inna dis? A ole time, long time story that. A one somebody a do anything fi me right now and is my manager. She call me from England and we good," he said. Gully Bop says his focus is on getting better.

"Mi just want to mek mi fans know that I am sick but me a come a road soon," Gully Bop said.