Trejja Don banking on ‘One Love’ 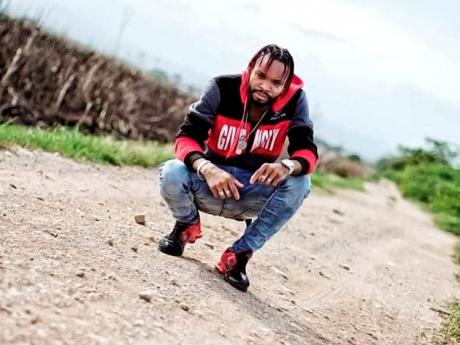 Recording artiste Trejja Don is calling for peace and unity in his recent offering titled One Love, which was officially released on May 28.

"This song is all about teaching love, unity, ambition and self-belief. If you believe in yourself, you can do anything with love," the artiste explained. Since its release, he has been receiving rave reviews and positive feedback.

"There's not really anything bad that you can say about this song. When you talk about love, it's easy if you go about it in the right way; and I must say the promotion has been great in getting the message out there, so the feedback is just the same," he said. An official music video for the track is currently in the works.

"My journey has been up and down if I'm being honest, but since the signing of my management contract with Invasion, I see where things are more organised and we are working as one team to achieve the dream," he said. Always open to exploring new sounds, the artiste has previously released singles, including Lifestyle, Start The Vibes and Chip Up.

"My music is universal, so I would say it's world music. Dancehall and reggae music are a big part of what I do in music, but we want to take music to levels of artistes such as Sean Paul, or even bigger," he said. Trejja Don hopes that One Love will be a breakthrough hit that can propel him towards such lofty goals.

"The hope is to reach the world with the positive message within the song, so I see this song going places in a very big way; that's my aspiration for this track," he said.