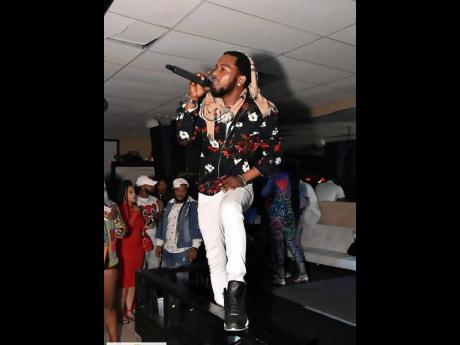 Florida-based dancehall artiste Demopage says his recent performance at the Alkaline Live concert in Tampa, Florida, showcased his maturity and growth as a recording artiste.

"It was a really good show. Myself and another bad artiste name Boysie, we spent quite a bit of time rehearsing for this performance. The people dem glad fi di show because this pandemic caused a lot of people to go into depression and we as artistes have to know how to add joy to dem life so that's what we did on Saturday. Di crowd was very receptive and di girls dem come out in dem numbers. Mi get a good likkle time on stage so mi get fi shell di place with songs like Caan Style This and Love How," he said.

The entertainer stated that it was an honour sharing the stage with Alkaline and the other entertainers and spoke about the importance of unity within the industry, especially at this time.

"Once we unite, we can take on dis ting the right way and make dancehall music reach the top. Right now mi just a put in the work and it a pay off the right way. Mi song dem a buzz in Florida and very soon mi a go dominate the charts dem a yaad too. Mi just a gwan put in the work and a do mi ting," he said. "In 2020, mi promise mi self say before the year done, people a go know who mi be and right now that a happen."

Demopage, given name Damion Page, was born in Portmore, St Catherine. He migrated to the US more than a decade ago.