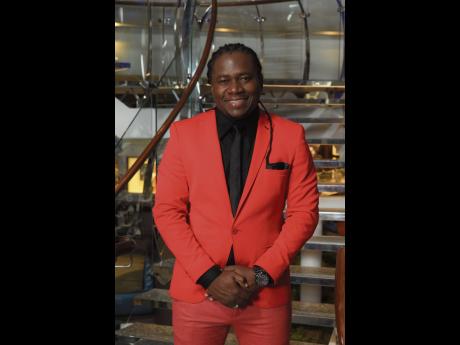 Singer/songwriter/producer Leo Carmichael is gearing up for a busy New Year's Eve, after a hectic Christmas season.

He started with a charity tour with a local radio station where we went around giving out gift packages to front-line health workers and solid waste industry personnel.

On Christmas Day, he performed at the AZUL Beach Resort and Spa, while on Boxing Day, he took his brand of music and showmanship to the Jewel Paradise Cove Resort. He also did multiple performances at the Plantation Smokehouse in St Ann.

This Thursday, he will be in action at Couples Swept Away and at Couples Tower Isle the following night.

"This year, Christmas had a deeper-than-usual meaning for me. It was a unique opportunity to sacrifice and randomly show love and kindness to others in need because a lot of folks around me are having a very hard time making it through the year. I just wanted to show them love and good vibes in every way," he explained.

Leading into the Christmas season, he released the songs Joseph's Christmas Story and Christmas Party.

"Both songs were released on December 19. I wrote, composed and produced them. They were mixed and mastered by Jemoi 'J Twiss' Monteith. They are my way of bringing love and good vibes to the secular and conservative space," he said.

Joseph's Christmas Story is also a part of an album comprising three other songs from the television production Di Nativity: A Jamaican Christmas Tale, which aired on TVJ during the Yuletide season.

Leo Carmichael, who is also a cabaret singer, is set to release his new album, Light, next April. He is currently promoting the single Calling.