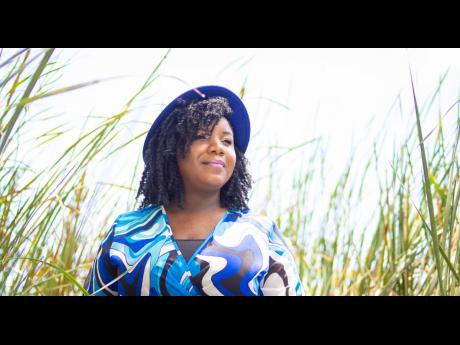 Trevelle Clarke-Whyne called it "a place of disappointment", the process of coming to terms with her miscarriage this year.

As the St Ann-born gospel singer and lecturer initially faced the devastating news that she had a blighted ovum (a pregnancy where a sac and placenta grow but the baby does not form), she was distraught over what the next step would be.

I told my doctor I wanted my miscarriage to be natural. I prayed on it," she said. The months leading up to the miscarriage were emotional. While dealing with her day-to-day responsibilities as a lecturer at the Edna Manley College of the Visual and Performing Arts, and helping her father with his own medical issues, she said she was tired.

Coming from a family of educators and parents who are ministers of the gospel, Clarke-Whyne was always motivated to follow her path, though she admits it wasn't always clear.

She said, "I believe it was in 2014 that I really tapped into the musical side of it. But I had some amount of fears, having been brought up in a Christian home. I was weighing if I should do secular or gospel music but I had the support of Adrian (her husband) and, of course, my family gave me the pep talk."

But it was not until this February that she released her debut single titled Your Presence, and now she's ready to share her testimony in her yet-to-be-released single In Everything Give Thanks. She wants her music to not only spread the gospel but offer support for persons facing hard times.

"Nothing is impossible with God. Even though there are situations that don't work out the way we expect, it is the will of God and I have to give thanks no, matter how hard. As for my future as a mother, I definitely know I want to have children but when it happens, it happens," she said. "I want to tell persons to be intentional. Many times we get disappointment but remain focused, keep Christ at the centre. He doesn't change, He is constant. These things help us to remain focused."