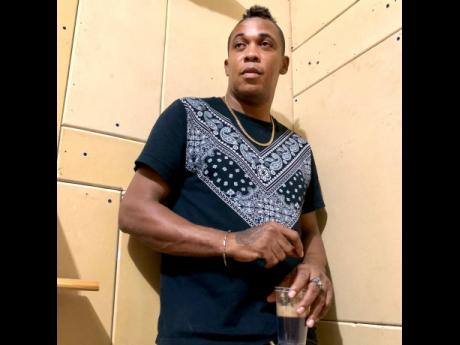 With both members of the popular dancehall duo RDX completing solo projects in recent weeks and both artistes seen just a few days ago partying at separate tables at a popular event, the rumour mill has started churning about a possible permanent dismantling of the chart-topping team.

But RDX member ReniGAD (formerly Renigade) decided it was time to clear the air.

"The RDX brand mostly known fi girls and high-energy songs. But within RDX you have ReniGAD and Delomar, two individuals wid different ideas and stories fi tell," he said.

The artiste believes that there are certain songs that the RDX brand isn't expected to deliver and so, solo projects allow both artistes to express some individuality, individuality that ReniGAD has already capitalised on with new single Block Party.

"As ReniGAD, mi can sing bout any topic mi want. Block Party is about how we do we ting pon we grung in a real life. Plus, mi can spit some hard lyrics and flow mi couldn't before. It's jus a different energy," he said. With the COVID-19 pandemic again about to cripple the entertainment scene, ReniGAD believes Block Party also speaks to the kind of small events that will become the new norm.

"People need fi party so all dem need is a quart a supm and a bluetooth box and boops, 'block party'," ReniGAD said.

As it relates to RDX, ReniGAD also made it clear that there will be new material as quite a few songs have been recorded and are slated for release.

However, for now, both ReniGAD and Delomar are focused on expressing their personal styles and sounds.

ReniGAD is preparing to add visuals to the Block Party single and new single Bag is about to be officially released.