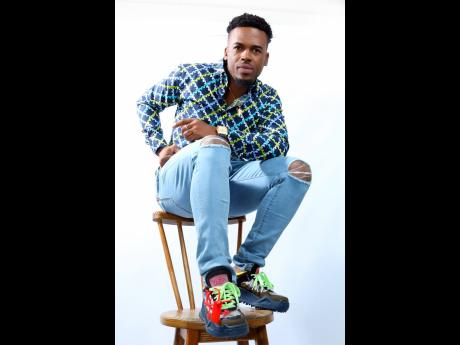 Disc jockey Ricardo Ellis, who spins under the alias Deejay Sticko, has added recording artiste to his list of musical exploits.

Deejay Sticko said that his songs will serve the purpose of motivating others to push towards their goals in spite of the many life challenges they may face. These intentions were made obvious in his first single called Press Along, released in March 2019, produced by CAG Family and Mixed and Mastered by RB Records.

Now pushing his latest release, Go Hard, Ellis told THE WEEKEND STAR that he hopes to use his own story to inspire others who may be able to relate and to be the beacon of light he needed when he was going through his tough times.

" Go Hard perfectly encapsulates my story. Being born and raised in the inner city in a single-parent family was my reality. Growing [up] without a father was never easy but his absence forced me to seek mentorship from others around and led to me developing a relationship with the Creator," he said.

"As a product of the inner city, I truly understand the need for positive influence and extrinsic motivation. Given that the positive influence of others has largely impacted who I am today, I want to maximise every opportunity I'm given to encourage those who may find themselves in a similar position to Go Hard," he said.

Ellis shared that the song serves as a source of motivation, echoing the importance of perseverance amid adversities.

According to him, "For me, taking the right path was never easy; stepping outside of my comfort zone was necessary for survival even to the point of finding multiple sources of income. I want to encourage everyone who may share a similar story to Press Along and Go Hard. Remember, Sticko go hard, and you can too," he said.